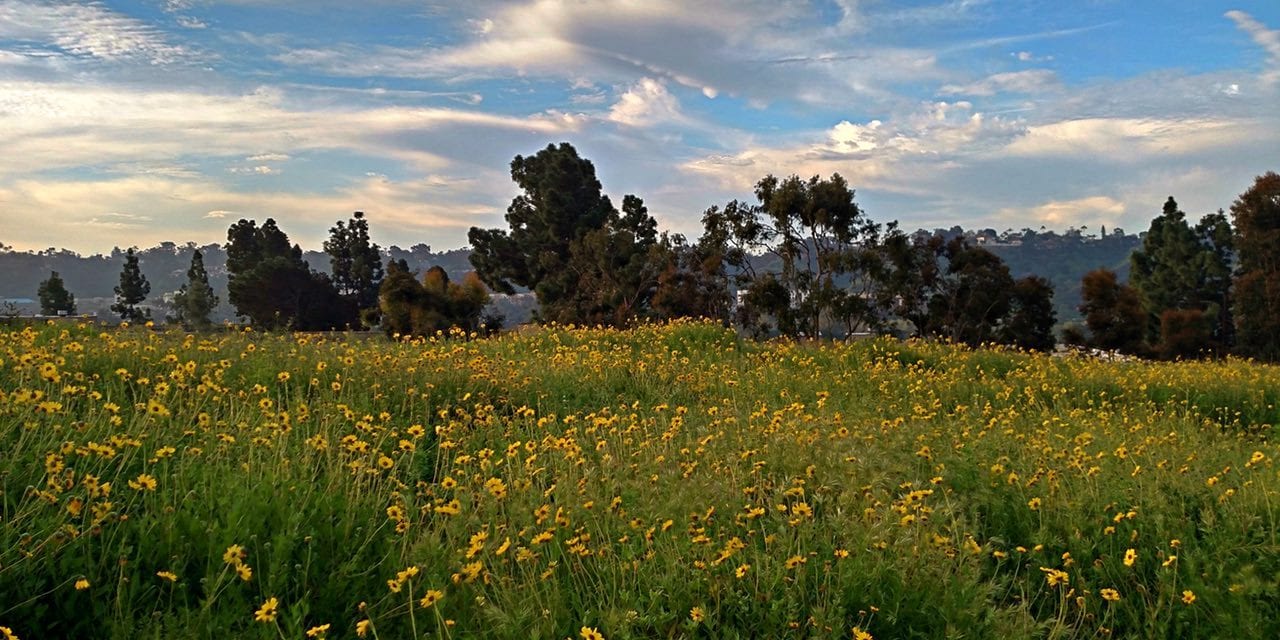 This year is shaping up to be another Super Bloom Year! In an unusual turn of climate events, California is seeing it’s second super bloom in two years. Typically super blooms happen about once every ten years, but prior to 2017, they were occurring less frequently because of the drought. For dozens of years during the drought, the thirsty deserts waited for rain. As the drought continued to set in, fires ravaged the parched forests. The desert waited for the pernicious El Nino weather patterns to shift back. Only through recent climatology study, have we seen the profound effect of El Nino droughts. In California, it was visible in dry, parched earth. When the rains finally came in, it was the bloom of the decade, and now the second bloom of a decade!

As the blooms erupt, amateur and professional photographers have once more taken to the hills to capture the cavalcade of color. We did our part too, but the more pictures we took, the more we realized the extent of what we were witnessing. A single lens couldn’t capture the bloom of the decade. Instead, we are providing our pictures from California’s epic wildflower seasons along with highlights from some of our favorites photographers. Without further ado, here are the images sorted by location with an interactive map at the end.

Long considered a photographic hotspot, this year the flowers add something extra to the sweeping panoramic shots of hang gliders with the backdrop of La Jolla behind them. Do you know what else is special about the Torrey Pines Gliderport? It’s free and easy to park here. If you’re near UC San Diego with your camera, you should stop by and see if there is a scene worth shooting.

The Coast Walk is a short 1-mile trail that connects La Jolla Shores with La Jolla Cove but best of all, it’s all oceanfront hiking. The epic bloom adds that extra je nes sais quoi to the blue backdrop of La Jolla Shores. There’s a small 2-hour lot on the La Jolla Shores side of the coast walk that’s sometimes easier to park in than the Cove. The good thing about La Jolla Cove is that there is plenty to see, so it’s worth the effort to park. Mile for mile, this is the most beautiful trail in San Diego.

Scripps Park is the quintessential California coastal park. It sits on a rocky point that runs about a mile from La Jolla Cove in the north to the La Jolla Tide Pools at Hospital Point on the South. La Jolla Cove is home to baby sea lions, and nesting cormorants and brown pelicans. Around the corner from the cove sits Boomers where the high spring tides send waves crashing in an explosion of water and mist. Next is the sheltered cove of the Children’s Pool where you’ll find baby harbor seals. Finally, you reach the La Jolla tide pools. During low spring tides, these pools drain and capture sea life that you’d usually have to snorkel to see. Ellen Browning Scripps Park connects these beautiful views with fields of flowers. Of course, while you’re there, don’t forget to stop for gelato.

Mt Soledad sits high above the La Jolla coast offering unparalleled views and panoramic photo ops. Ok, not that high at 823′ but your lens can still catch amazing shots. What’s more, with its proximity to San Diego and free and easy parking it’s a great place to go if the sky looks amazing and a must visit for out of town photo buffs.

Our friend Evgeny Yorobe captured this unique view of wildflowers from Mt Soledad with the marine layer at sunset. We love how he captures light in his work, which plays so well with the super bloom.

The San Diego River connects the mountains of Julian with the Pacific Ocean between Pacific Beach and Ocean Beach. There are many beautiful spots along this waterway, but we choose two for the spring super bloom. The first is at the mouth of the river as it empties into the ocean. This is located within the Mission Bay Park system. The second is along the San Diego River Bike Path that heads up the river. It’s along Via Las Cumbres as it climbed out of the valley. I am sure there are plenty of beautiful scenes like this in every side canyon and field along the river this year. If you’re down this way, check out our Ocean Beach Guide for more fun spots.

We Googled “Best Wildflower Hike in Borrego” and the google machine spit back “The Slot“. We had to go. We found a cool slot canyon that reminded us of Palm Canyon outside of Coachella. We saw some flowers during our two-mile loop through The Slot, but they were really just icing on the slot canyon cake.

Borrego State Park had a feeling that bloomagedon was coming and boy did it come. Photographers descended on the park in mass to capture the eruption of blooms. Borrego Springs is the largest state park in the contiguous US, but the flowers tend to mass at the base of the mountains alongside streams. The hike up to the oasis of Palm Canyon crown jewel of the park. Water and wildflowers amped this hike up 10 fold. The 2.8-mile loop hike was filled to capacity when we went, so make sure you start early for this one.

At the end of Palm Canyon is the oasis itself. The wildflowers add that little extra punch to the water-filled wonderland. The only thing that would have made this hike better is if we saw the bighorn sheep coming down for a drink.

If you’re looking for an alternative to the crowds at Borrego Springs, Tee from Thatsitla has a suggestion – Walker Canyon at Lake Elsinore. She says “Every year I wish for a “superbloom”! With the ongoing drought, it seemed my dream went from bloom to gloom.” The last two rainy seasons put an end to that. Since she is in Los Angeles, she had an alternative suggestion from Borrego for wildflower watching – “If you can’t decide where to go, I would suggest a drive to Lake Elsinore and soon. The flowers are easy to locate, and it’s a reasonable drive versus Anza Borrego which is 3+ hours from Los Angeles.”

Alexander Kunz has another alternative to Borrego -“There’s another bloom in town… it may not be as spectacular as the Anza Borrego wildflower “super bloom” this year, but it’s quite a treat for the eyes nevertheless: plenty of wildflowers are in bloom right now at Torrey Pines State Natural Reserve – more than I have ever seen there!

The ocean-facing side of the Guy Fleming Trail is particularly nice, where plenty of California Poppies and Common Phacelia create this striking color combination of orange and purple.”

Shimona Carvalho from Sidecar Photo highly recommends Carrizo Plain for wildflower photography because its northern location allows for day trip from San Francisco. Even though the road was a little rough (re: “take a real car”). She also loved the natural leading lines of the flowers, roads, and fences.

“Here’s another shot using a leading line to draw your eye to the painted hills, but this time it’s the road. See how the fence on the left also offers an organic leading line. So rustic.”

“This year has been such a great year for rain that the waterfalls were flowing and now the wildflowers are blooming. I had heard on the SoCal Hikers Forum that they were pretty impressive in Chino Hills State Park, so I set out to check it out for myself. It was even better than I anticipated, only a short quarter mile from the start of the Bane Ridge Trail.” – Josh from California Through My Lens

We are reaching the bitter end of the wildflower season in Socal so call before you head out. There is still epic snowpack in the Sierras so the summer wildflower season could be just as spectacular. Not only has social media been blowing up with beautiful shots this year but also with the abhorrent behavior of photographers. We wanted to pass on a few tips on how to shoot the super bloom ethically:

Perhaps Aliyyah Eniath said it best “Take nothing but pictures, leave nothing but footprints, kill nothing but time.” Of course, if you stay on the trail, you might not even leave footprints.

The High-line Trail in Glacier is one of my favori

Right now, we should be heading down to Gulf Shore

Singapore was one of the cleanest, best-organized

Prayers for New York. When I took this picture, th

I sometimes wonder what fish think when they see u

We love the way this tree reflects off the still w