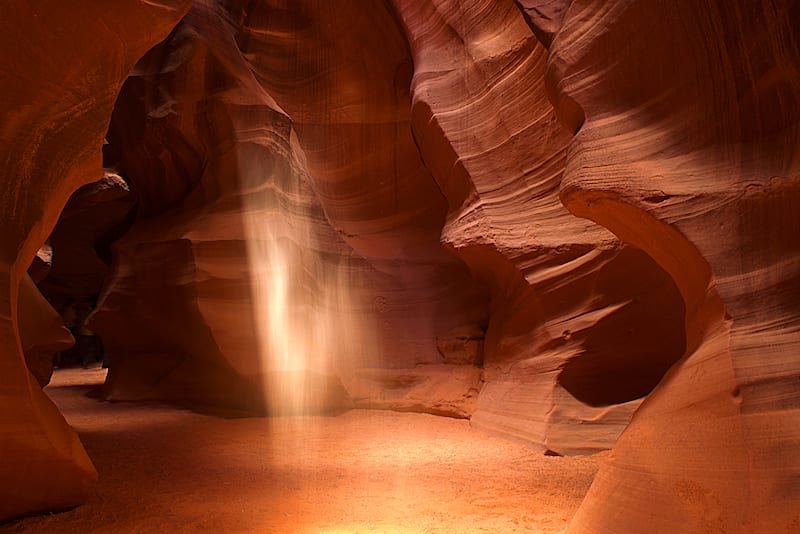 The mantra of military logistics is hurry up and wait, which perfectly describes our tour of Antelope Canyon. We booked with Adventurous Antelope Canyon, just outside of well in advance for a three canyon photo tour and a three canyon hiking tour. We even purchased our photo release from the Navajo Tribe well in advance. All we had to do was wait for our trip, practice low light photography, and check the forecast 72 hours before arriving so we could reschedule for inclement weather. We were all set, or so we thought.

We were all set, or so we thought 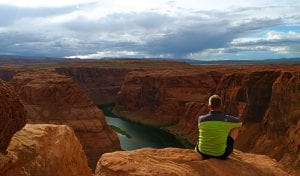 Finally, we were on the road, but the weather took an unexpected turn for the worse.  We tried to change our tour date to no avail as we were driving through pounding rain in Flagstaff. We did confirm that we weren’t going to die in the canyon and resigned ourselves to the potential of a drizzly day. The clouds provided a magnificent background for sunset at Horseshoe Bend the night before. We car camped for free on a backroad near Lake Powell Marina as a steady downpour serenaded our sleep.

Does anybody know what time it is? 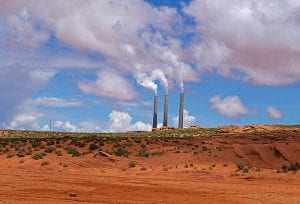 Arizona doesn’t observe daylight savings time, but Antelope Canyon is on Navajo land, and the Navajo Nation does. The website said all tours are on mountain standard time which, by my definition of standard, observes daylight savings. We figured we would show up on Navajo time instead of running the risk of missing the tour. The answer was -Arizona time – which gave us an hour to wait and take pictures of the Navajo generating station, which sounds like a respawn zone in a first-person wild west shooter. Soon enough, we were booked in and on our way to Owl Canyon. 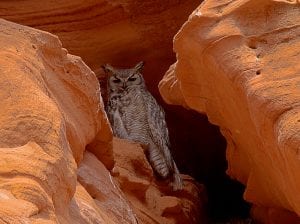 Na-es-jah is Navajo for an owl. From our native guide’s lips, it sounded like an owl hooting. There were many na-es-jahs in the cracks along Owl Canyon. We were getting lucky with the weather. The morning drizzle let up, but some cloud cover remained. That cloud cover kept the hot spots from drowning out the colors of the sandstone walls. The first hint for low light photography is to avoid hot spots. The second is to get off your auto setting. I shot iso-100 with the f-stop set to 18 and a 2-second self-timer to take out the trigger shock. This resulted in a couple second exposure, so you needed a tripod. In fact, you can only bring a tripod if you are on a photo tour. I also used a telephoto lens to capture the owls on their perch. You will still get good pictures on the regular tour. Jenn has a shot of a wall in the mouth of the canyon and a nice panoramic up the wall which has an added feature of slimming your model.

The next canyon up was Rattlesnake 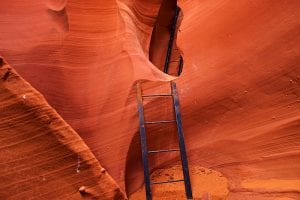 The next canyon up was Rattlesnake. I don’t know the Navajo word for rattlesnake because we didn’t see one but I could imagine they could be there, particularly in the heat of summer. Rattlesnake is a narrow, dark canyon that was legitimately fun to explore. There were a couple of ladders and some duck unders. There was also enough exotic rocks that my inner photographer was going crazy. This canyon sounds a lot like the descriptions I have heard for Lower Antelope – dark, narrow and a lot fewer people. In fact, owl and rattlesnake are only serviced through Adventurous Antelope. We thoroughly enjoyed the secluded, natural setting to experience these slot canyon and practice our shots before entering the hot zone of Upper Antelope.

How could all these people fit? 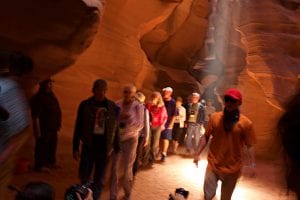 When we saw dozens of jeeps and gaggles of tour groups lined up outside Upper Antelope, we wondered how big it really was. All the pictures we have seen were of a slot canyon about 6’ wide and 100’ straight up. How could all these people fit? @##holes to elbows. You can see the guides getting pumped to lead their groups through. Not only do they need to keep their kittens herded together, but they also needed to keep the canyon safe for future visitors. No bags or selfie sticks or anything that could scratch or damage the walls. Only photo tours could take tripods and they could only be opened to shoulder width. We set the f-stop down to 8 which resulted in about a 20-second exposure. How do you get a twenty-second exposure in that circus? The obvious answer is you shoot up. The not so obvious answer is that the guides will clear a room for two minutes.

Photographers in a phalanx three deep 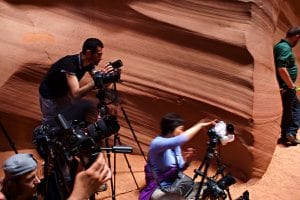 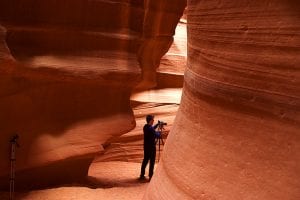 They lined the photographers up in a phalanx three deep. We were lucky again that the sun, which was filtered by the clouds in the morning, had almost burned all the way through. We would wait for the sunbeams to peak through the cracks, and then it’s on. The guides toss up sand, and the ghosts flicker down. Funny aside, photo tours would group together in the canyon to help with room control and photographer placement. Dusty and his group joined our group led by Mac. In the flowing sand room, Mac would toss the sand back to the back beam and hit Dusty who was controlling traffic in the back. Dusty would complain about the dust. I found it a little ironic considering his name, and fortunate he wasn’t named Rocky.

You get maybe six shots 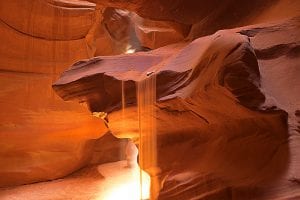 You get maybe six shots in your two-minute window. You have a two-second timer set, and you guess when the guide will launch sand and move off camera. The results were pretty random, but some of the shots were amazing. I wish I had a wide angle lens so I could be in the front row at ground level and shoot up and away from the hot spot the beam made on the floor. I also would have set up automatic bracketing of my shots just to expand the range of my spray and pray.  Still, I was happy with some of the shots, and you only need one really good one.

We had the perfect weather for photography 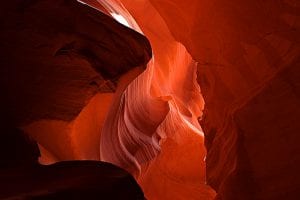 In the end, it turned out we had the perfect weather for photography. We also enjoyed being late enough in the season for the light rays to enter Upper Antelope but before the crowds of summer tourists. We highly recommend taking the three canyon tour. If you reckon yourself a photographer, you should seriously consider making it a photo tour. It costs considerably more, but you will have the option to take shots that are unavailable on the hiking tours. You will need your own SLR but could rent a tripod from the office (make sure you call first and reserve one). You will also miss out on some of the ambiances of the hiking tour. Th0se guides tell more stories and history. They even play their flutes and have a hoop dance when you return. You can pick up bits and pieces from the tours as they pass by but the photo tour is about photography. The guides help you with your shot and crowd control. All the guides were hard working and good at what they do. No matter what tour you choose, it will have its own focus and rewards. 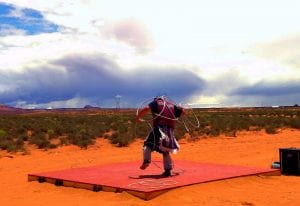 There is a reason Antelope Canyon is popular. It’s magnificent and fairly accessible. The surrounding canyons were neat in their own right, but upper Antelope Canyon was spectacular. It’s definitely worth the trip, especially if you can work in some of the other sites in the area.  Horseshoe Bend is right in Paige Arizona. You are somewhat near the Grand Canyon (but not Havasu Falls because of how the entrance works). You are probably going to pass near Canyon de Chelly or Petrified Forest on the way in too if you are coming in off of I-40. If you have made it this far, take a little time and explore the natural beauty of this unique area. 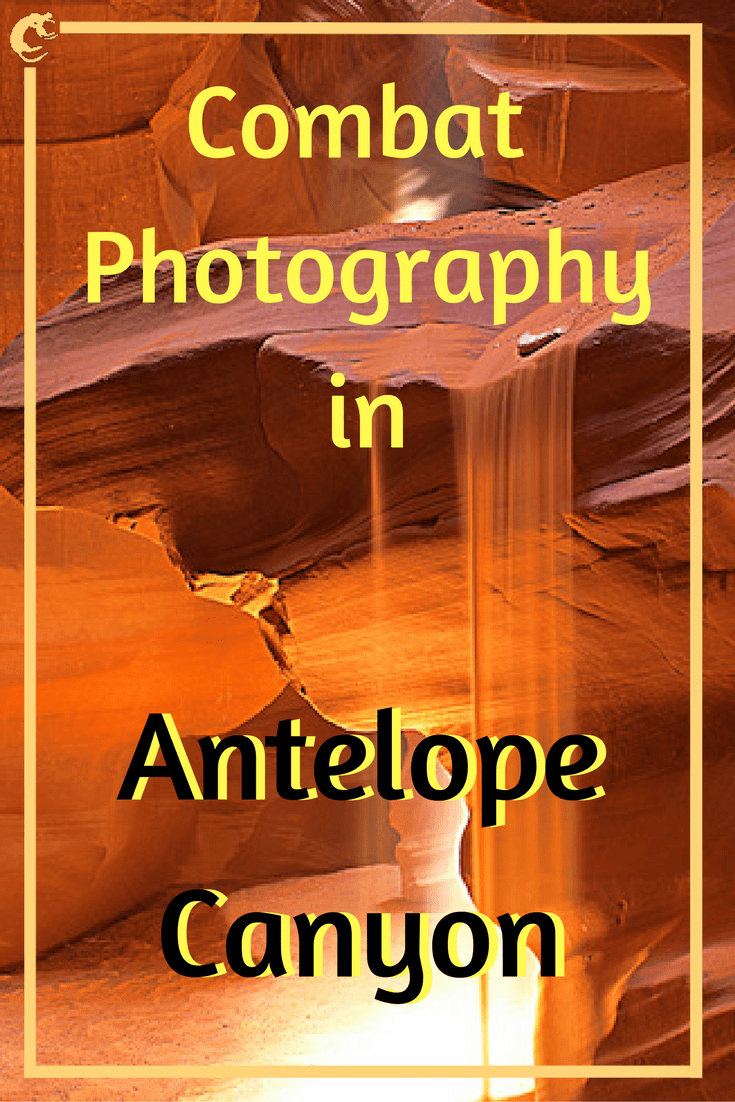 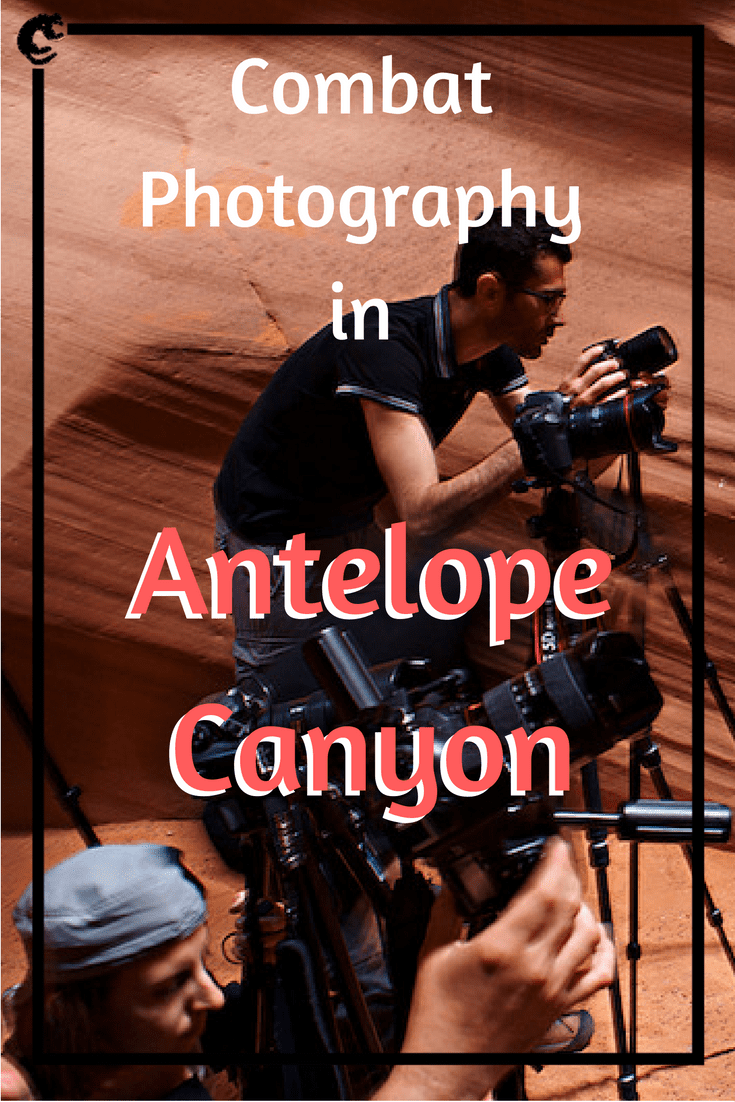 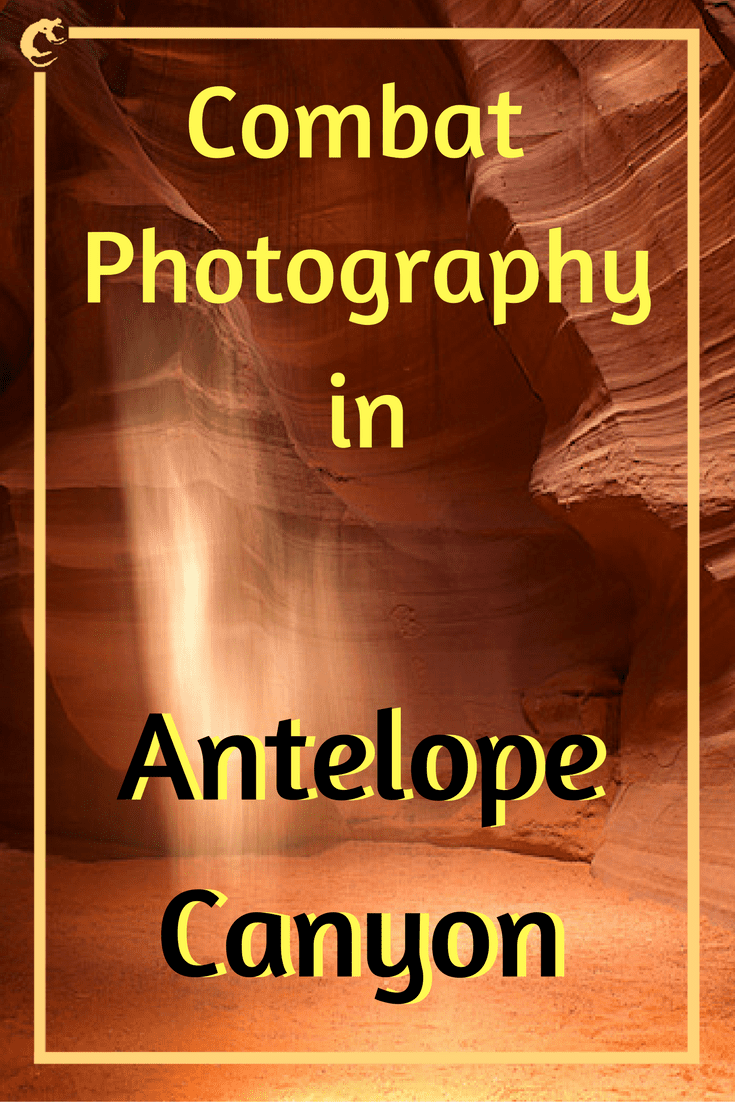 Does this water look funny to you? I mean, beside

Some folks say that bears go around smelling bad.

Does it seem like we're on the road for birthdays