Our Five Favorite California Adventures (along the San Andreas Fault) 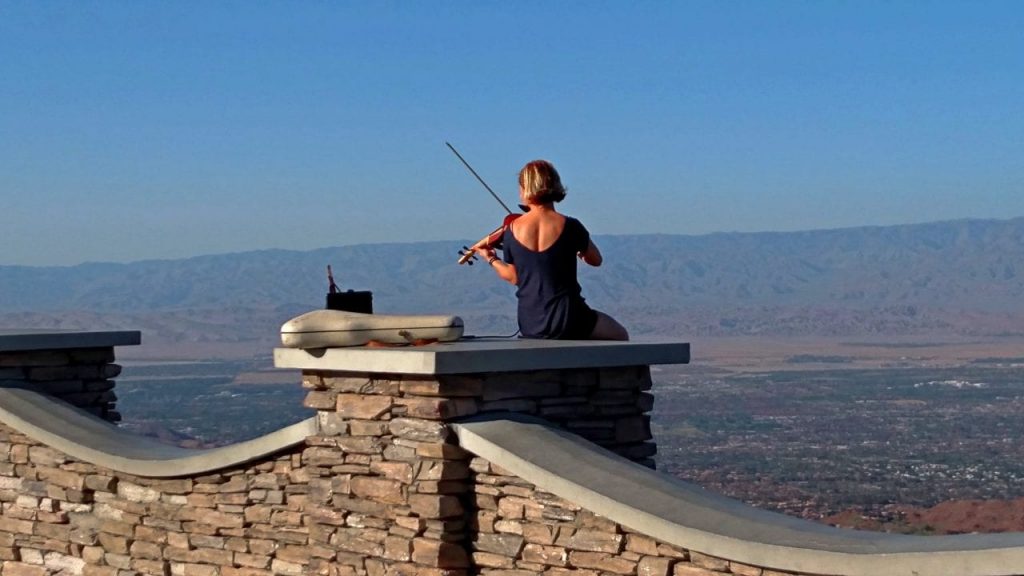 With our time in California coming to an end, it’s only natural to get nostalgic. The golden beaches and wild outdoors has been a backdrop of our writing since the beginning of Coleman Concierge. Sometimes, the best way to say goodbye is to say hello to the amazing adventures we have had here. Since we are moving from the land of earthquakes to the land of hurricanes, it feels fitting to explore our top five adventures along the San Andreas Fault:

Exploring the Shores of the Salton Sea

The San Andreas Fault is the boundary between the North American Plate and the Pacific Plate. We always kind of knew that Coastal California was its own land and plate tectonics supports that theory.

The Salton Sea formed a long time ago as the Pacific Plate pulled away and stretched the land in the Imperial Valley. This left the valley floor sitting below sea level and every 400-500 years it naturally fills with water.

The Native Americans still tell stories of the last cycle in the 1700’s, and fish traps could be found in the barren desert. In 1905, an entire unnatural event filled the lake. An irrigation canal from the Colorado River busted free and filled the Salton Sea over a two year period.

Since that time, the region has undergone rapid boom and bust cycles. Seaside resorts, like Bombay Beach, flourished and then were abandoned as, first the salinity increased and then the waters receded far away from town. Perhaps the most iconic and photogenic of these modern ghost towns is Slab City.

In World War II, Camp Dunlap was built as a desert training center and then was completely abandoned and torn down, except for the concrete slabs in 1956. In 1965, a hippy colony was evicted from Painted Canyon and migrated to the Camp Dunlap area. Since all that remained were concrete slabs, the place was soon known as Slab City.

Maybe it was the 120 degree summer heat, copious amounts of hallucinogenic drugs, or simply the same spirit that inspired people to live in an anarchist society in the desert, but the area became known as a haven for artists. Large scale installation works, like Salvation Mountain and East Jesus can be found there. Alongside the artists, there is a small group of full time residents (slabbers),  winter snowbirds, weekend anarchists, and anybody who just wants to come by and visit. It’s a strange mix for a stranger place, but somehow it all works.

Most people just don’t realize how dry the  Southern California deserts are. There are fields and valleys that lay dormant most of the year, waiting for the winter rains to come. Some years, when it rains extra heavy, the plants respond with a “Super Bloom”.  The once silent land explodes with a burst of color which creates a photographers dream.

Spring is bloom season in So-Cal. On good years every valley is filled with color but there are consistent producers, like Borrego Springs, that will always have blooms. They just get a little crowded during peak season. Borrego Springs also publishes information about the flowers here:

How did this little oasis form on the edge of the dry sea? A hundred million years ago the Pacific Plate collided with the North American Plate. From that collision, a chain of volcanoes formed the igneous hills around Borrego Springs.

The San Diego river delta formed both Mission Bay and San Diego Harbor as, over time, it diverted to avoid the lifting ridge at Point Loma. These bays are a perfect way to get out and explore the Pacific Ocean.

Forty years ago, commercial whaling was stopped in the Pacific. Now, blue whale populations have rebounded to 97% of their historic levels. The whales have returned and people are taking notice. We took an amazing whale watching trip from the San Diego Harbor to see these giants of the sea.

Blue whales, grey whales, and humpbacks all migrate down the California coast from their summer homes in the Arctic to winter feeding grounds in the tropics. The San Diego whale season starts mid-December and runs through April.

Grey whales are the most common sightings, but you’ll see so much more. We spotted a couple of humpbacks, with their remarkable flukes and huge pods of dolphins playing in the wake of the boat. You might even get to see a blue whale, the world’s largest animal.

Besides animal sightings, it’s always fun to see the beautiful San Diego harbor from the water or your bike. You’ll pass alongside the USS Midway (an aircraft carrier turned into a museum) and the exotic ships of the maritime museum including the tall ship the Star of India. You’ll also see the iconic Coronado Bridge, Cabrillo Lighthouse, and downtown skyline.

Diving in California is special. The continental shelf on the Pacific Coast is very narrow, allowing cold, nutrient rich waters to come right up to shore. This feeds a very active and diverse ecosystem, starting from the giant kelp forests. Inside the kelp forests lives everything from giant sea bass to tiny, colorful nudibranchs.

Millions of years ago, a part of the North American Plate got stuck on the Pacific Plate as it slid along the San Andreas Fault. This plate fragment runs from the tip of Cabo San Lucas to Santa Barbara. As the land slid north, it formed deep ocean valleys and uplifted islands, which make fantastic dive sites.

The most notable ocean valley is La Jolla Canyon, which is essentially Rose Canyon extended into the water off La Jolla Shores. A short surface swim takes you to the canyon wall, where you can drop down to 100’ explore the life along the wall. On the way back, keep your eyes open for fields of sand dollars and the schools of leopard sharks.

Catalina Island has one of the most user friendly dive sites you’ll ever see at Casino Point. The dive park is located just off the point, with the clearest water in Southern California, a hand full of wrecks and a healthy kelp forest. You enter from a staircase and swim 15’ over to start your dive. It’s like boat diving from the land. What’s more, you can get your tank filled on the surface interval from a portable fill truck.

Further north, the sliding Pacific Plate created an amazing shoreline where the mountains meet the sea. The Big Sur Coast runs north from the Santa Barbara to San Francisco and is accessed by Highway 1 – the Pacific Coast Highway. This is the road you’ve always dreamed of driving, even if you have never heard of it.  For just over 100 miles from Morro Bay to Carmel-by-the-Sea, you’ll be in driving heaven.

There are few restaurants and no gas stations but that doesn’t mean there aren’t stops along the way. Elephant Seals crowd the beach in San Simeon. The McWay falls tumble 100’ down to the ocean and the iconic Bixby Creek Bridge spans over 700’ and 279’ above Bixby Creek. This is primarily a coastal drive, but you will pass through a small grove of redwoods in Pfeiffer Big Sur Park.

It’s not the fastest road, but it’s one you will always remember. It’s the epic road trip that all other road trips will be judged by.

Hiking in the Redwoods

If you have never been to a redwood forest, the only words to describe it are “GO NOW”. Each individual tree is enormous. Redwoods tower over 300’ tall and live for more than 2000 years but what’s even more impressive is the forest.

A redwood forest exists because it captures (and creates) fog and rain in a narrow, wet band between the Pacific Coast and the mountains. With about 100 inches a year of rainfall, these microclimates are truly unique. They only exist because the plate collision created mountains next to the seas in the first place.

You’ll find exotic creatures, like bright yellow banana slugs, and fern covered forests that thrive in the cool, wet forest. Growing up in the 80’s, I have often associated “Totally Awesome” with California. Awesome – extremely impressive or daunting; inspiring great admiration – is the perfect word to describe hiking in the redwoods

We’ll miss our time in California. It was wonderful, natural, and very special. I’m sure we’ll have new adventures Florida and wherever else life takes us. We are thankful for the time we had, the romantic trips we took, and the friends we made along the way. Until we return, there will just be some California dreaming to help us through the days. 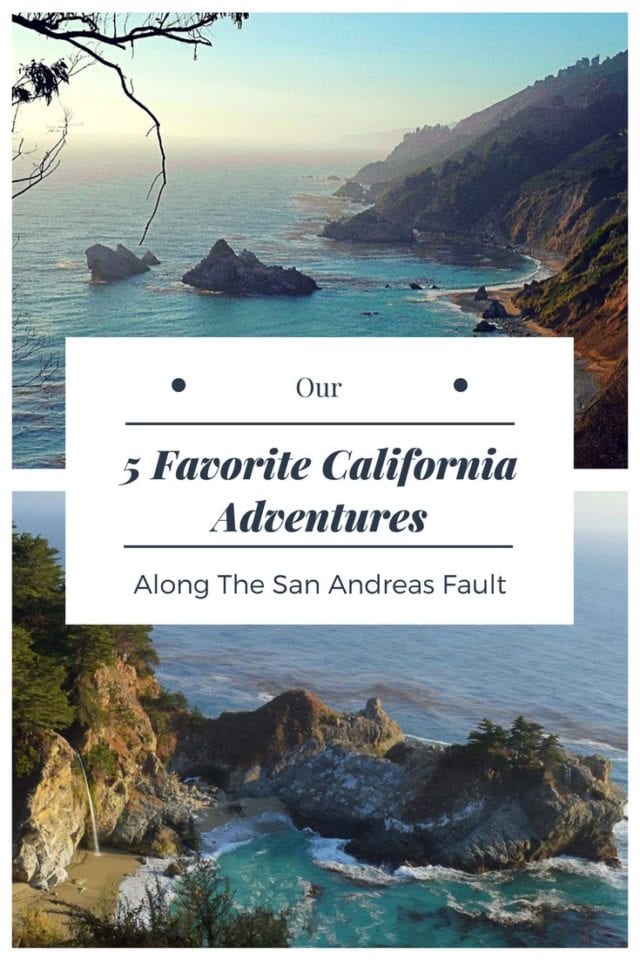 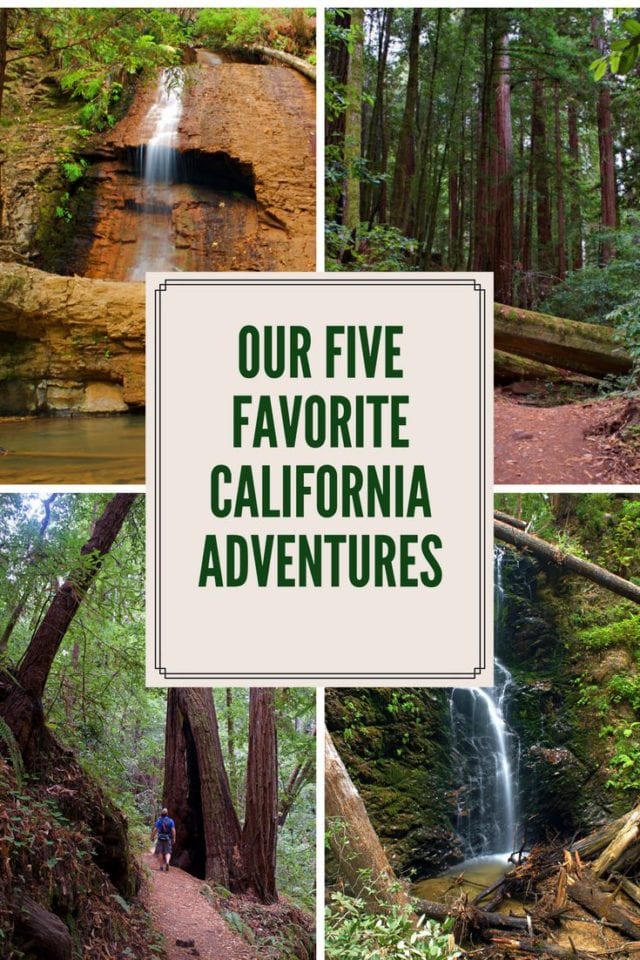 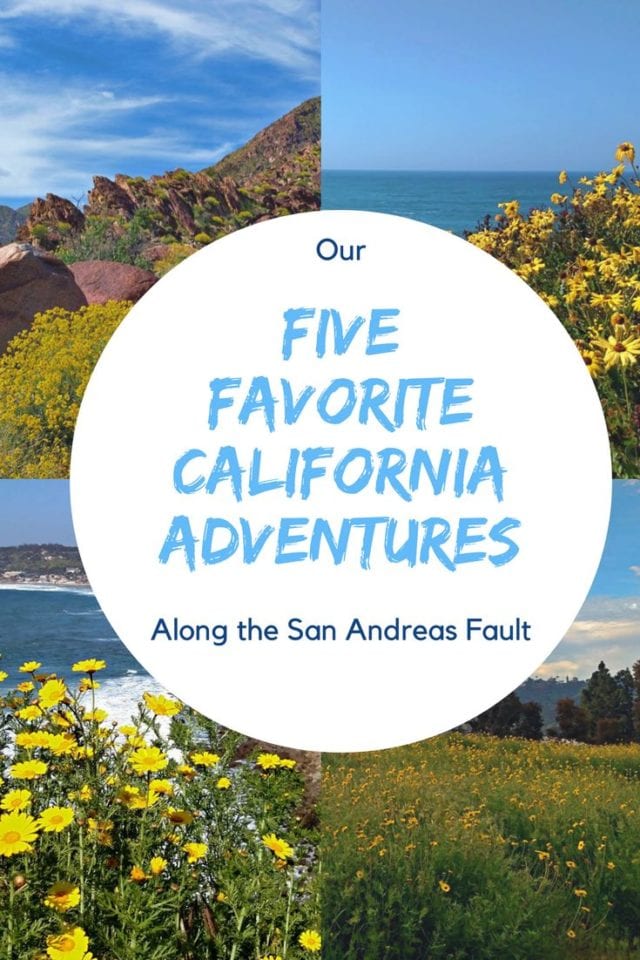 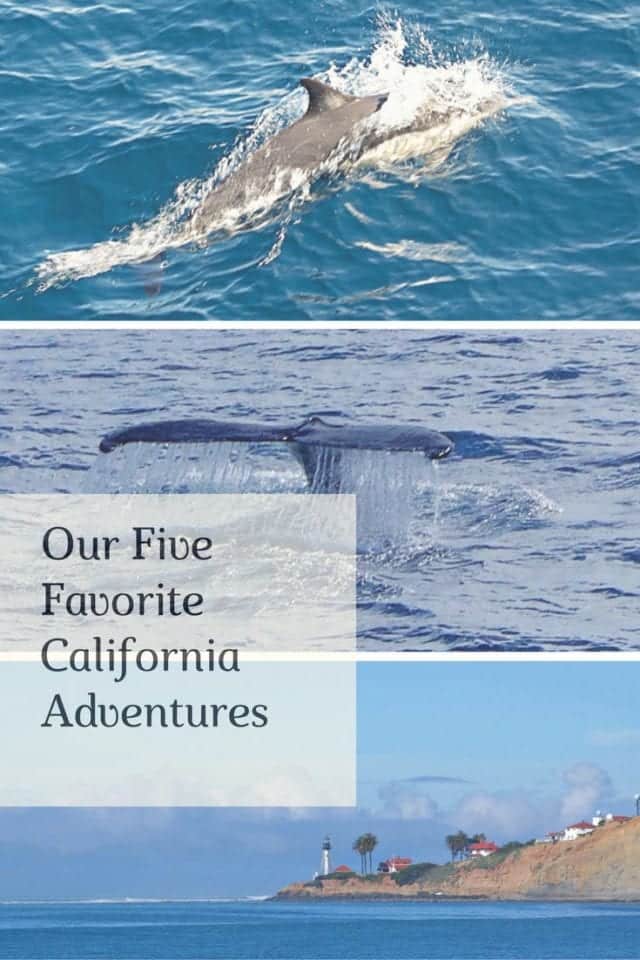 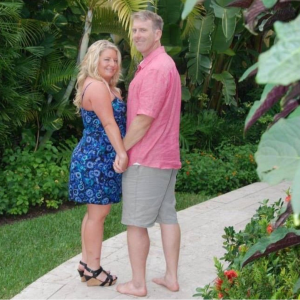 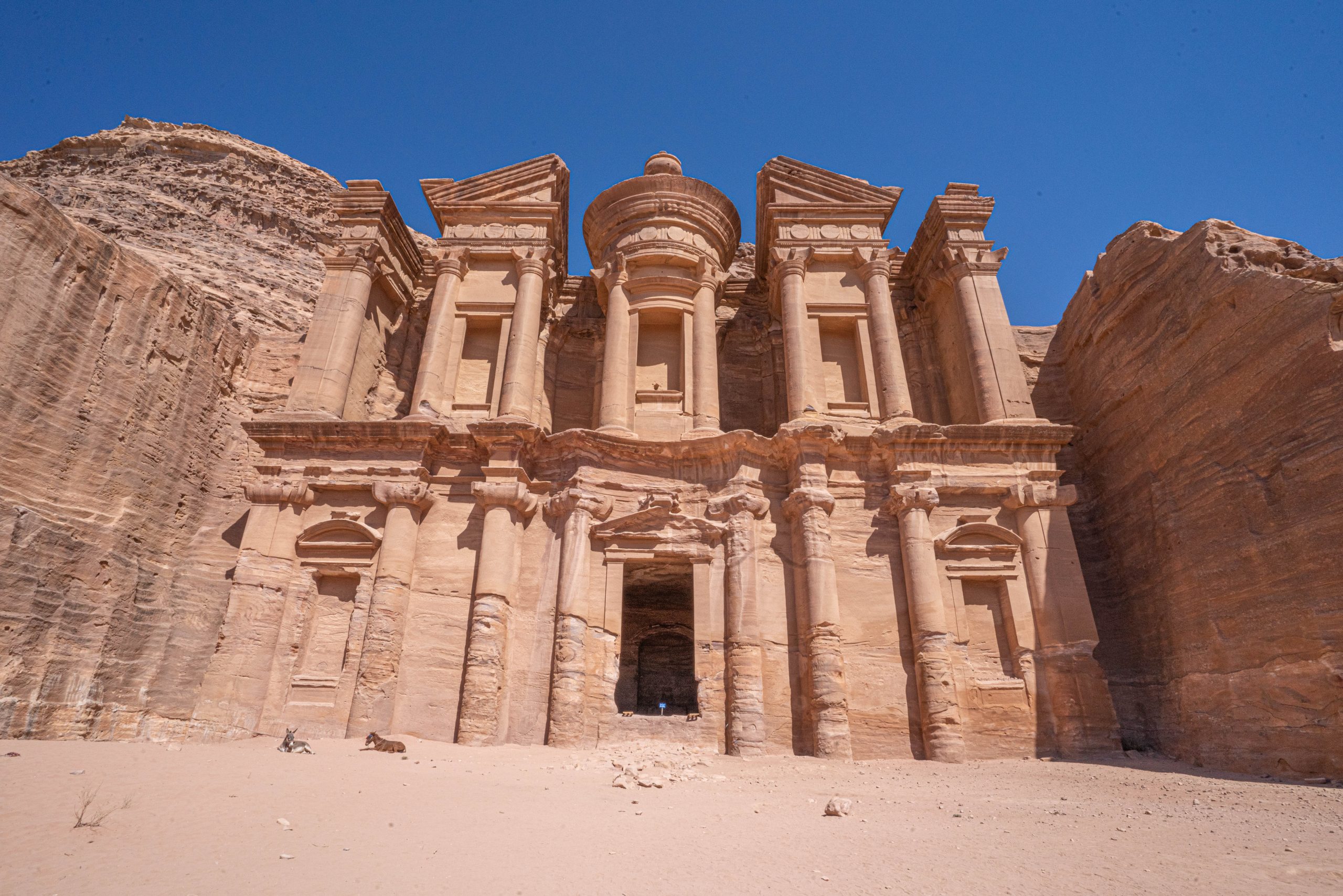 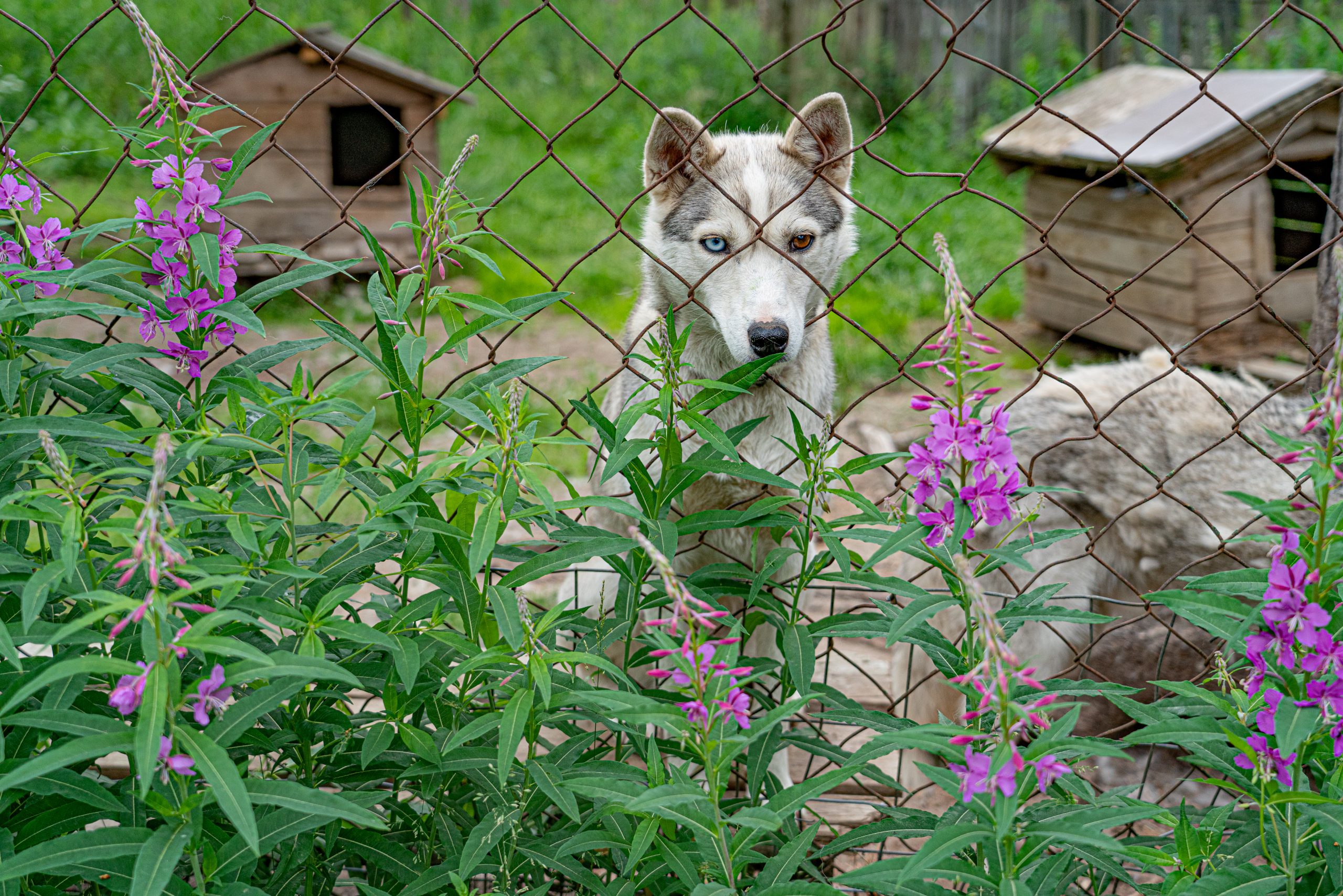 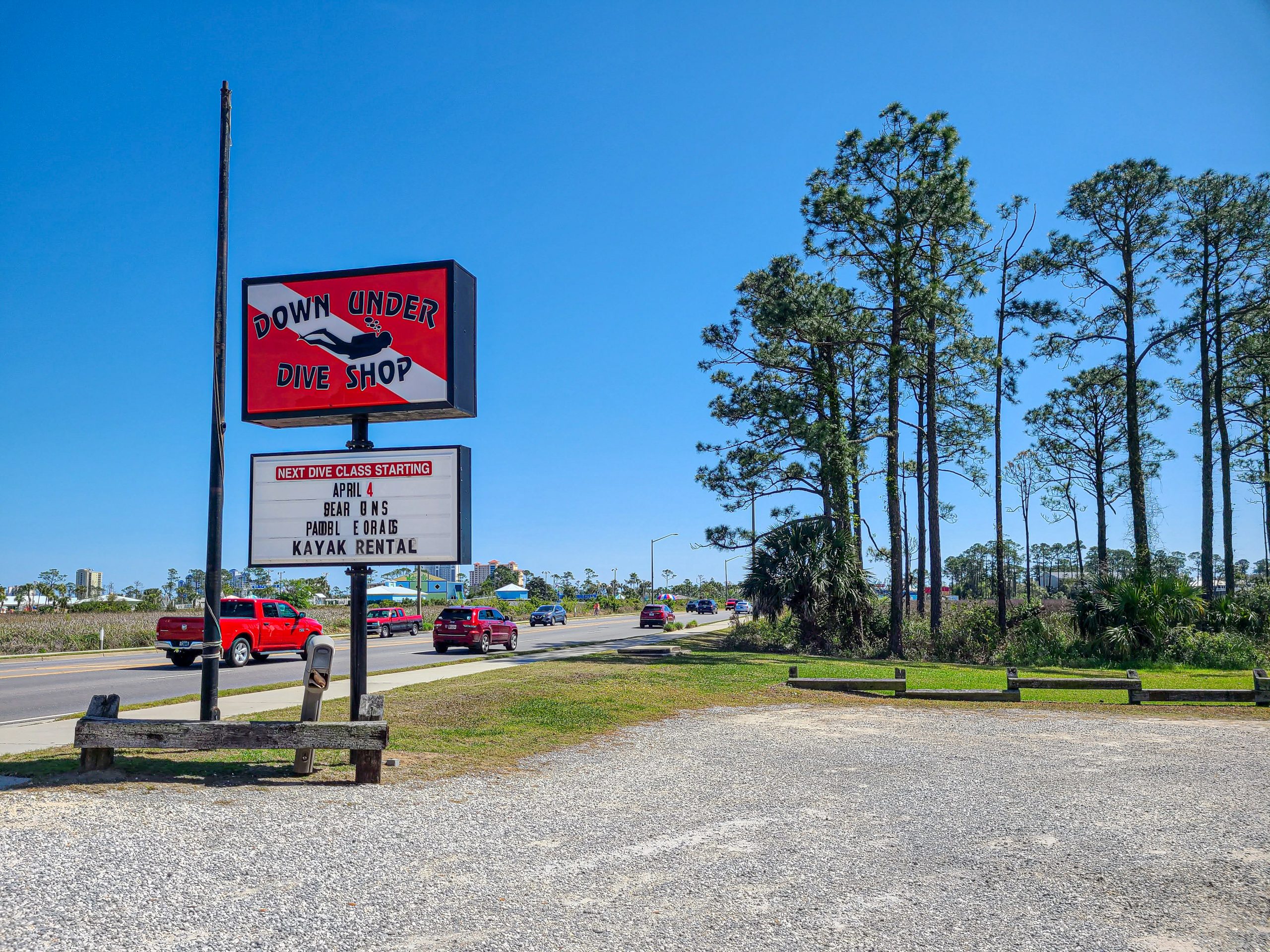 I knew Petra would be beautiful and interesting, b

Ever since Lewis and Clark, Missouri, has been the