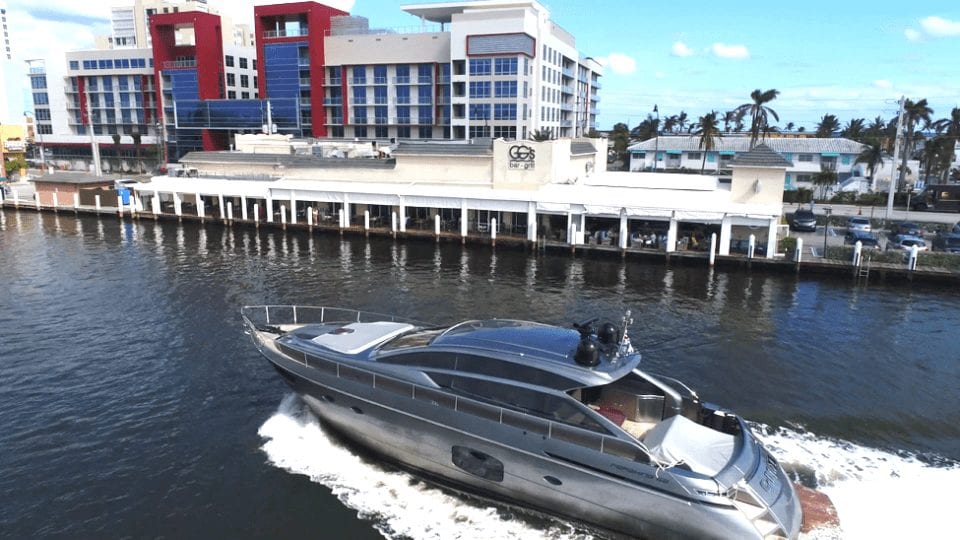 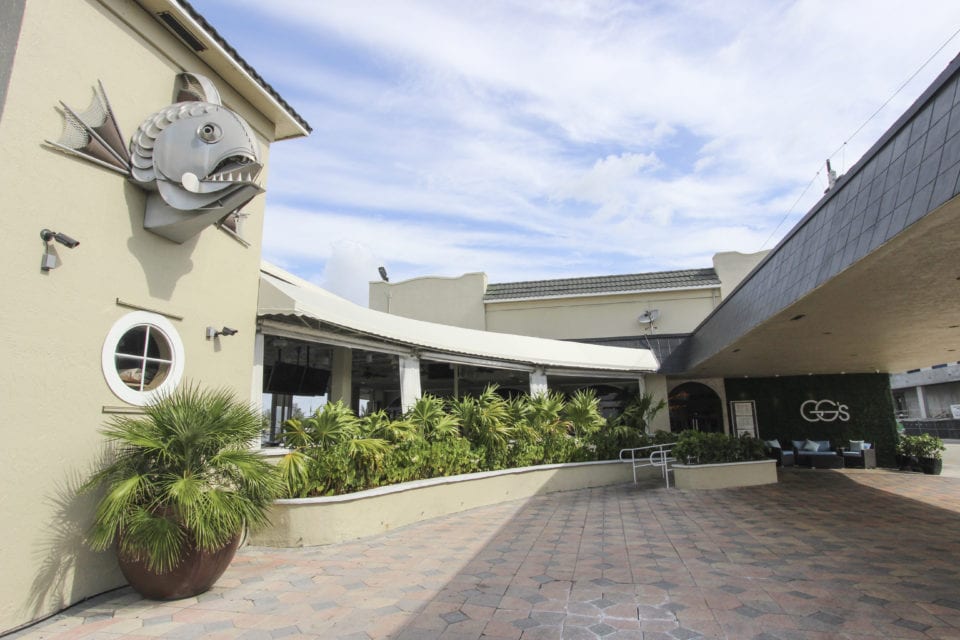 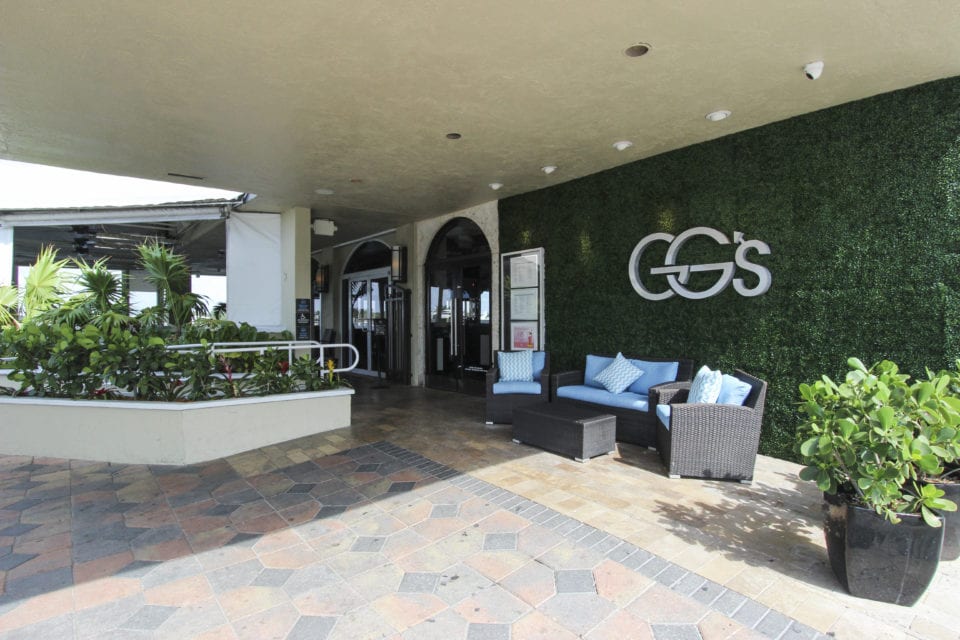 GG’s Waterfront Grill sits in the same building as Joe Sonken’s infamous Gold Coast Lounge. The establishment became synonymous with people who loved life. Mobsters and movie stars mingled, and the dining was meant to be the “event of the evening.” One evening, Audrey Meadow (Honeymooners) would be singing to the crowd, and the next Frank Sinatra could be kicked out for causing a ruckus. Life was good, and good guys were living large. People began to take notice.

In 1957, an expose’ by Jack Anderson portrayed Sonken as a sinister kingpin. For the next 30 years, Sonken played cat and mouse with a series of raids, operations, and special task forces. In the end, Gold Coast remained open, and Sonken never went to prison. He died of natural causes in 1990. Until the day he died, Sonken “could not explain why these individuals of the hoodlum element frequent his restaurant, except that he has good food.” Patrons of this era enjoyed a fabulous meal and felt like they were extras in a Godfather movie.

After Sonken’s death, the restaurant fell on hard times and changed ownership several times over. In 2010, the Serafini’s bought the establishment and began a modernization while keeping the charm and favorite dishes of the past. The result is an open concept kitchen, with fantastic views and a few more Italian favorites than you might expect to find at “Waterfront Grill.” 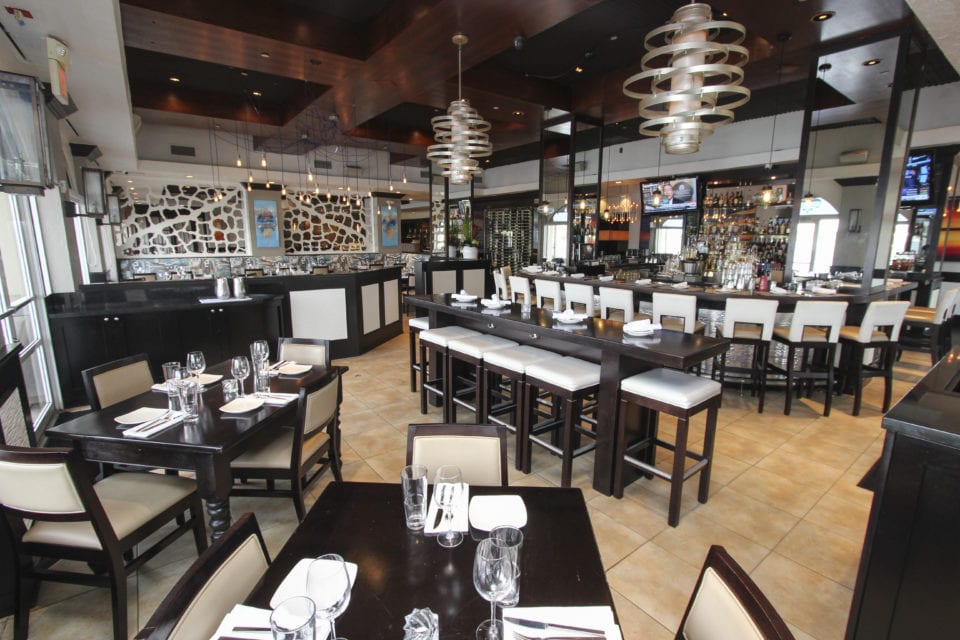 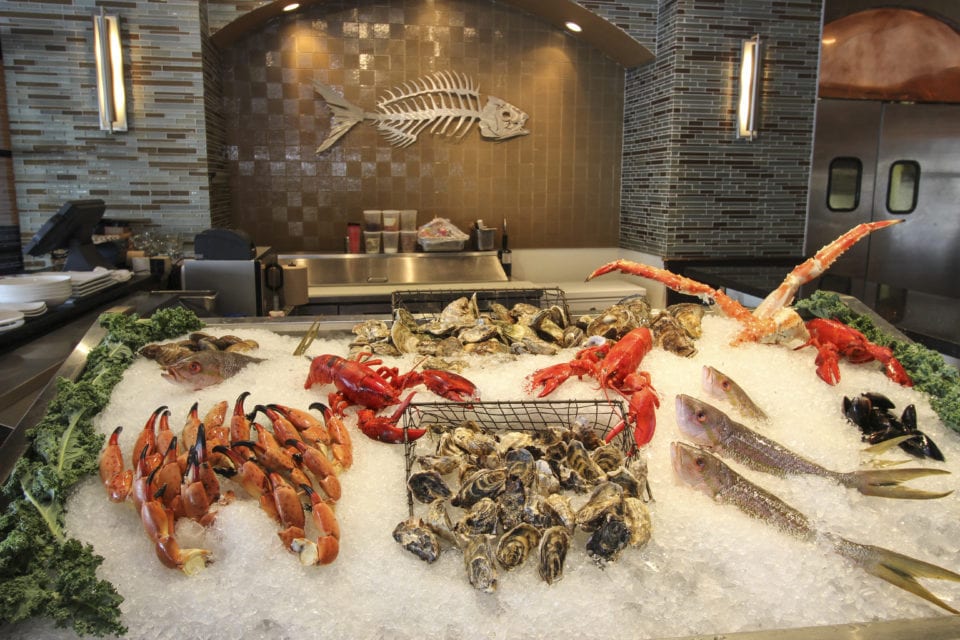 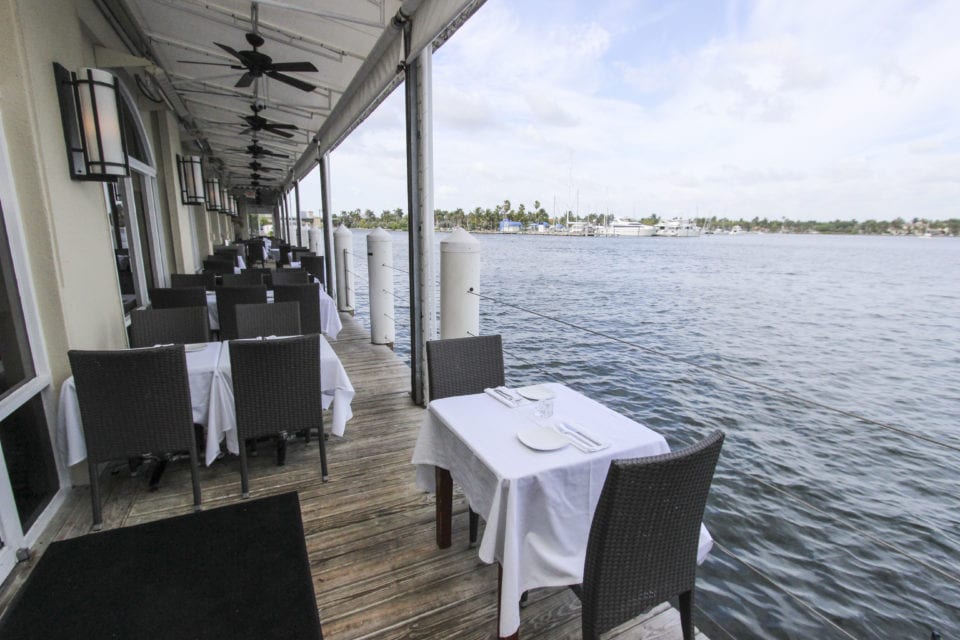 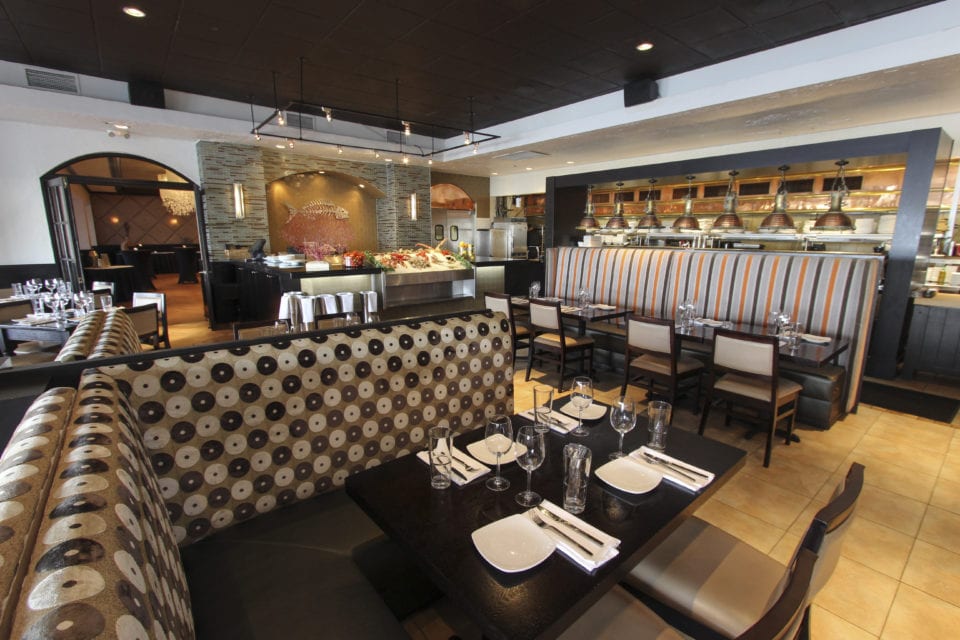 Our Evening at GG’s Waterfront Grill

We arrived at GG’s about 7:00, in time for a couple of drinks and a brilliant sunset. We were delighted to find valet parking at the restaurant for $4; this is way less than any pay lot you’ll find in the area. We were seated on the outside veranda and ordered starters of beef carpaccio, their specialty mule, and a wine froze (rosé and vodka blended drink). The beef was flavorful and tender, a perfect complement to the crisp mule and frozen wine slushy.

Mother nature put on a show for us that night. Full puffy clouds popped with distant lightning as the sun dropped below the intercoastal waterway. That’s not really a fair description of GG’s view. GG’s looks out onto the Hollywood Lakes, so we could really enjoy watching the sunset over a full body of water.

Just about dusk, our main of scallop and shrimp risotto arrived, accompanied by truffled mushrooms with crispy onions and grilled asparagus. The risotto was rich and full flavored, and the scallops and shrimp popped in our mouths. The mushrooms and asparagus were a perfect complement to the body of the risotto. 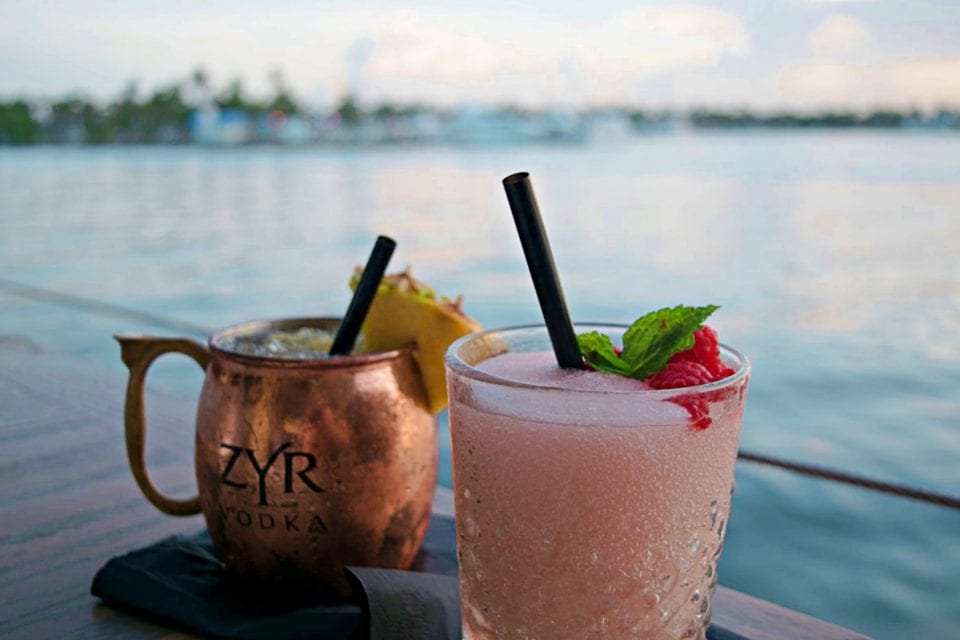 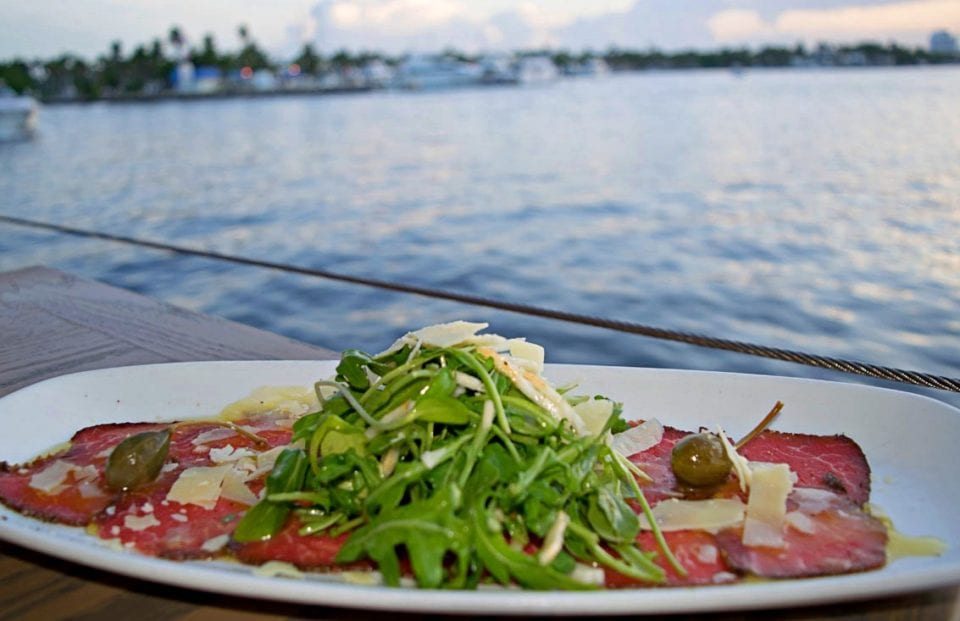 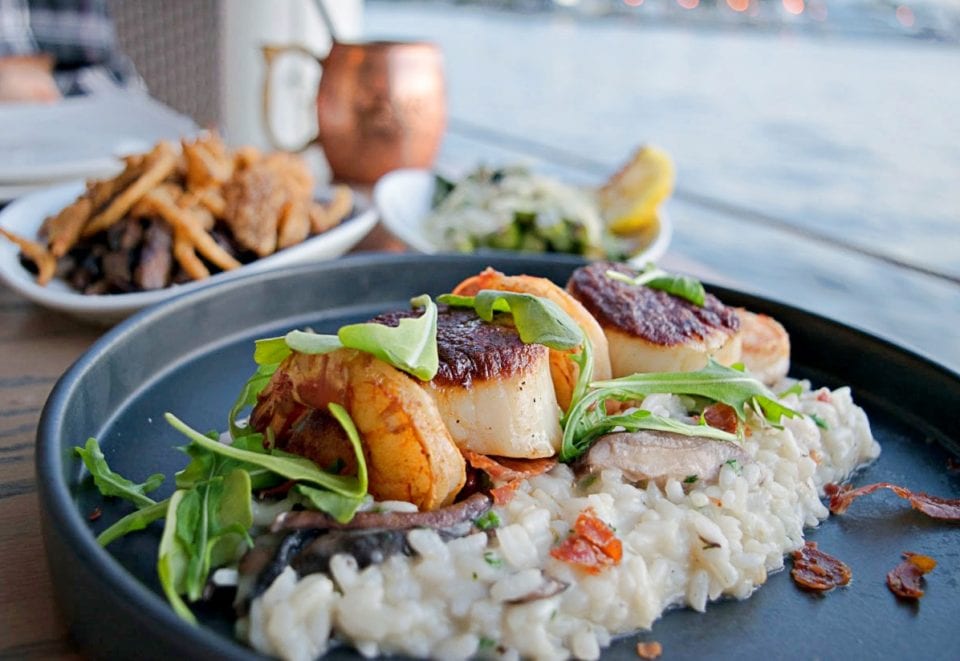 Our Nightcap with a View

We didn’t need dessert, but we would have regretted not ordering their banana foster bread pudding. It was a sublime combination of Valrhona milk chocolate, candied walnuts, bananas and vanilla bean ice cream topped in a Flor de Caña rum glaze. We accompanied this sweet perfection with a couple of desert coffees. Our Nutty Nightcap featured Bailey’s, Frangelico, Kahlua while. We also selected a Caribbean Knight with Botran Reserve Rum and Kahlua. Between the sunset, the savory, and the sweets, we had a perfect romantic evening on GG’s waterfront. 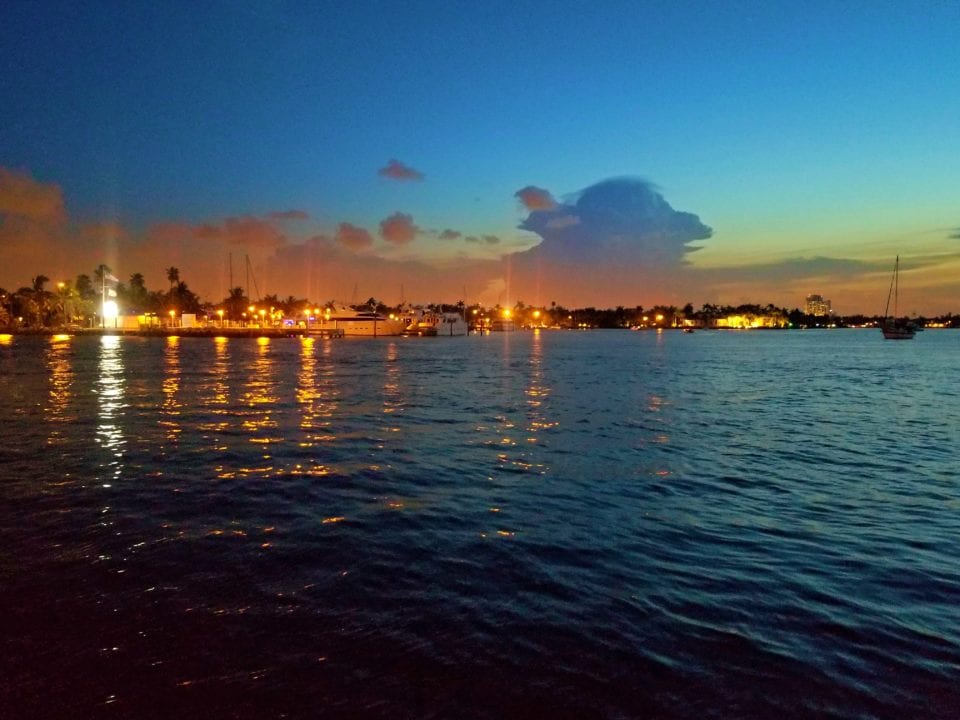 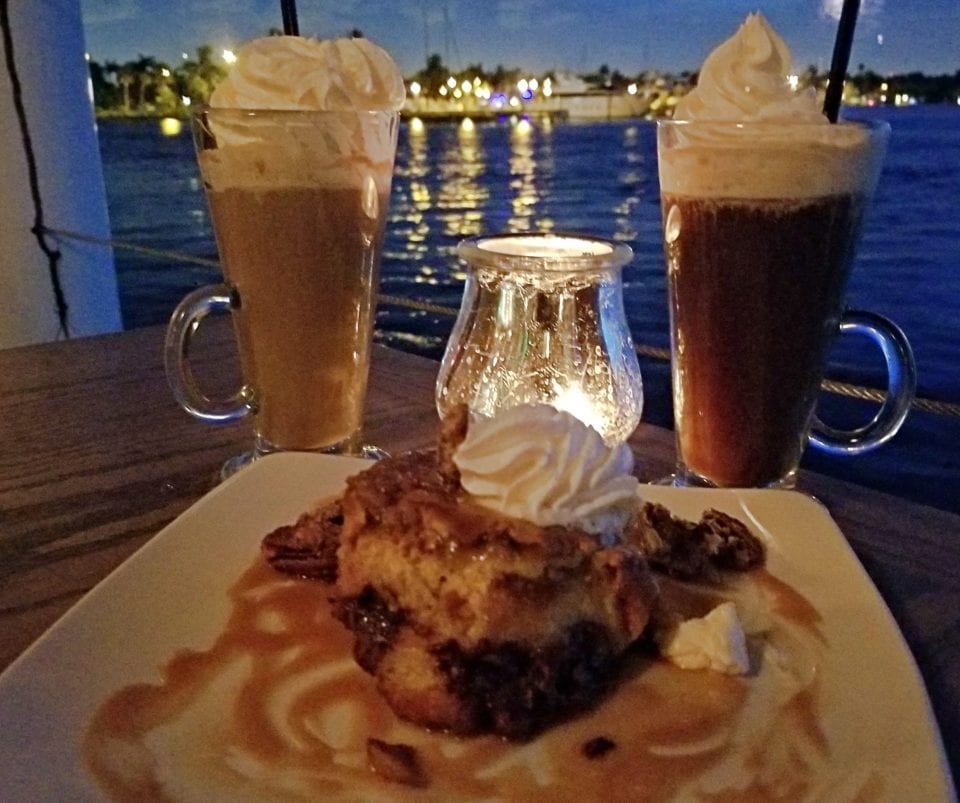 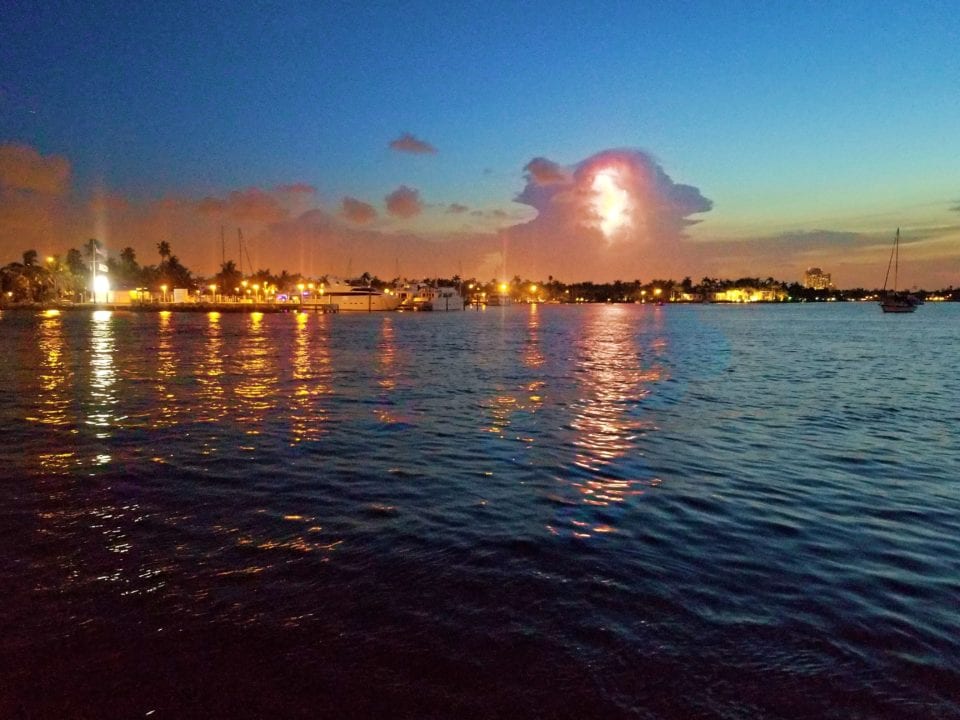 Other Information about GG’s

Since this is our anniversary week, we'll explore

There's nothing that says summer and good times mo

Welcome to Memorial Day Weekend ya'll❣ It's too

In our most recent post exploring the benefits of

We went down to Lake Martin and stayed in the Hank

Imagine riding a 110' coal-fired train through the