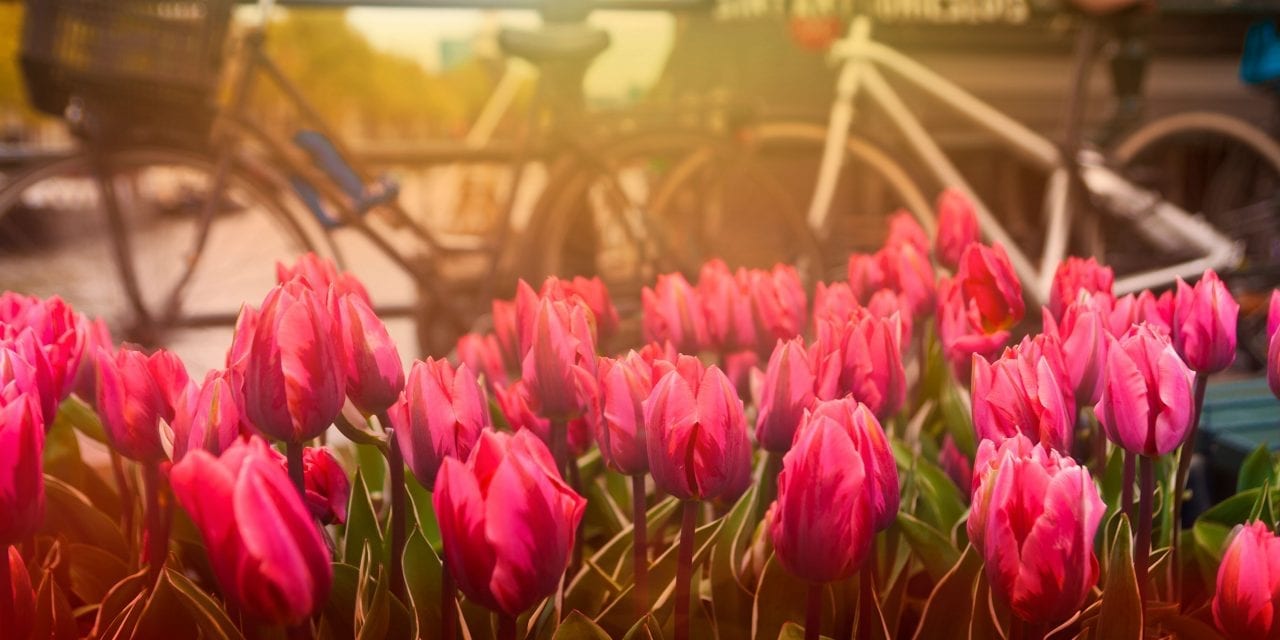 The world is cruel to people who love too much. We’ve all felt those moments of immense passion and desperate loneliness, sometimes simultaneously. However, few people have put them to pen or paint like Vincent Van Gogh. The Van Gogh Museum in Amsterdam is a mecca that every lover, poet, and artist should pilgrimage to in their lifetime. Through the world’s most extensive collection of Van Gogh’s works (over 200 pieces!), you’ll travel through ebb and flow of tumultuous passion that defines the artist’s life.

I am a man of passions, capable of and liable to do rather foolish things for which I sometimes feel rather sorry. 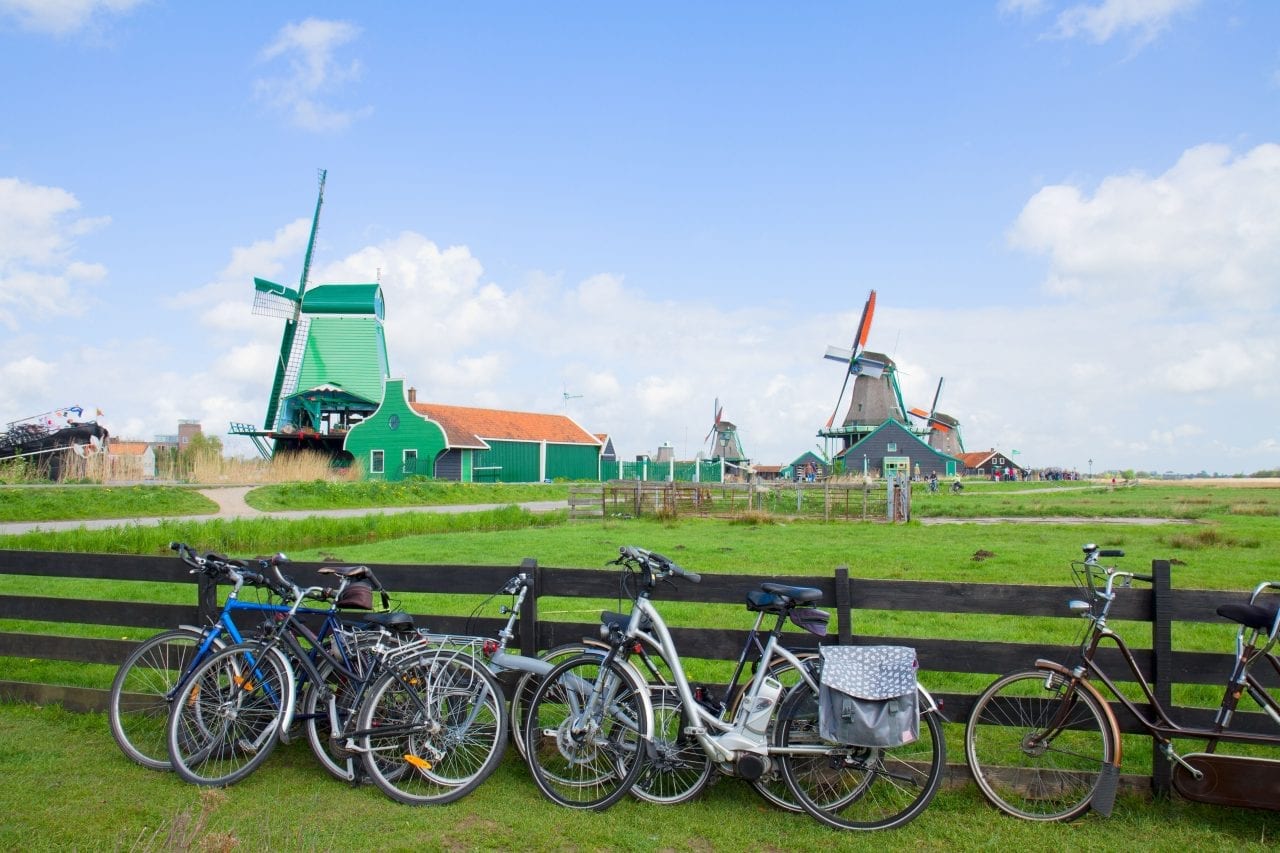 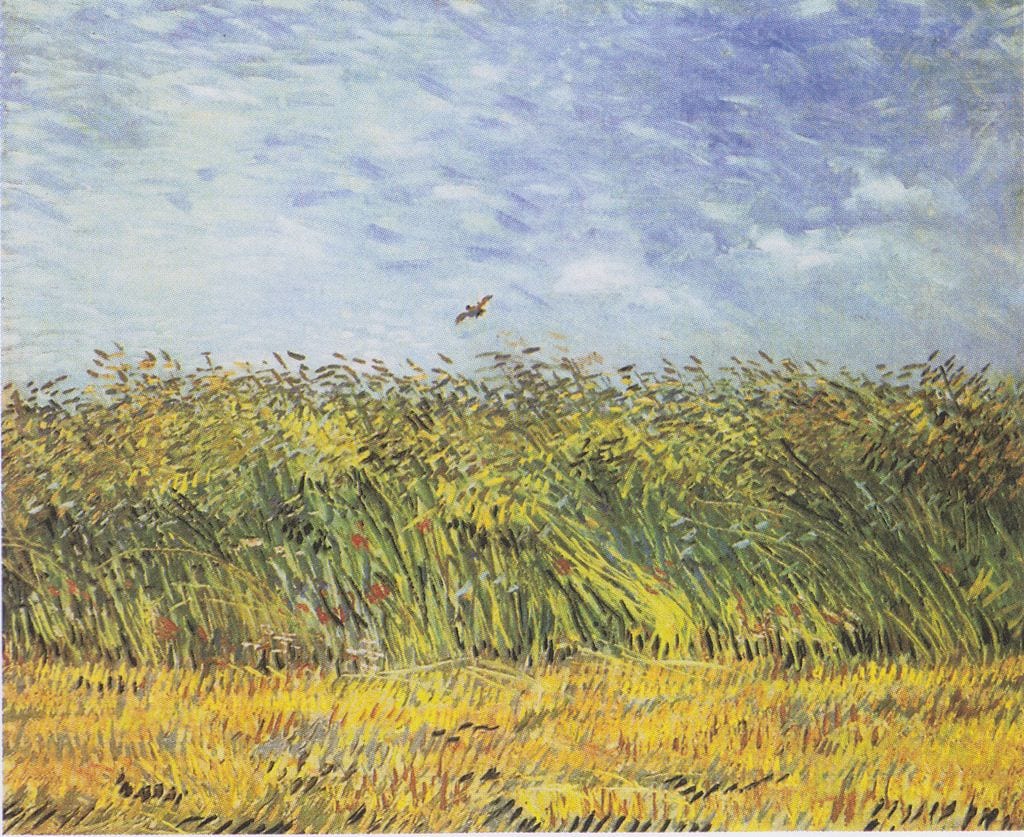 I got my first passport stamp as an adult going to Holland on a work assignment. I spent a two-weeks working near the German border with a long weekend biking through the countryside, taking pictures of miniature horses. I was an exemplary husband, but that didn’t stop my ex-wife from laying into me when I got home. If you’ve ever been in love with a narcissist, you’d understand. Their love is intense and consuming, yet shadowed by jealousy and anger.

A few years later, I returned to Holland and intended to find all of the debauchery in Amsterdam. I figured I have already done the time, so I might as well enjoy the crime. Instead, I found the Van Gogh Museum. It was Queensday (does that date me?), so all of the museums were free. I didn’t know what to expect, but what I experienced was worth more than two full-priced admissions. Van Gogh’s beauty and suffering transcended the paint on canvas and spoke straight to my soul.

Normality is a paved road, it’s easy to walk, but no flowers will grow on it. 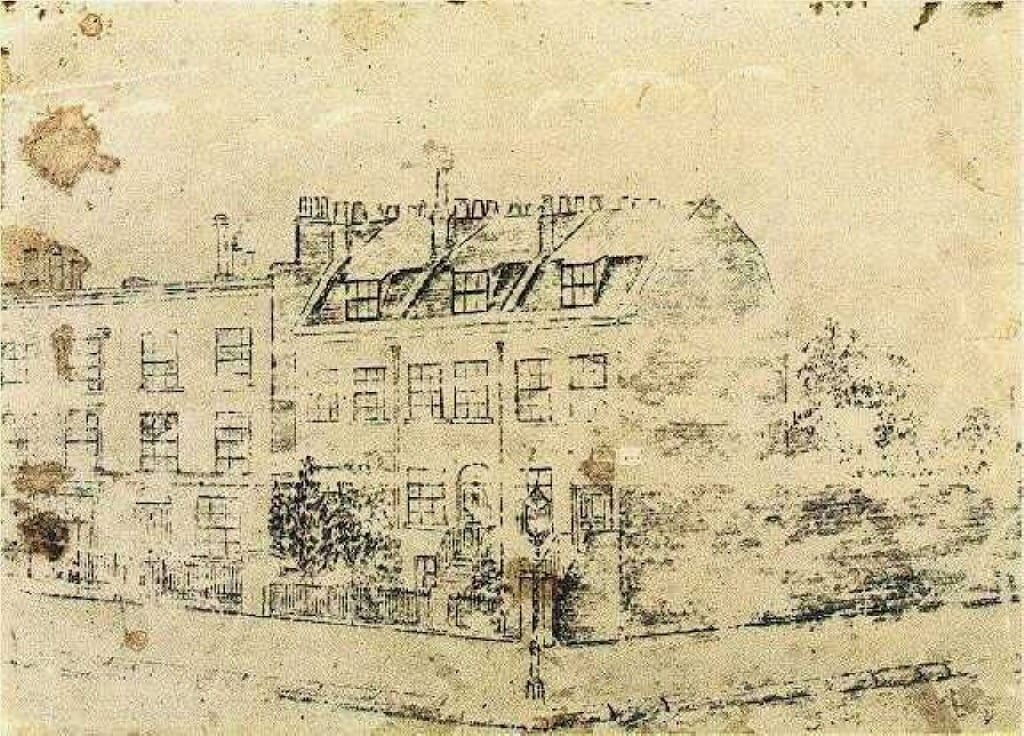 The first drawing I noticed was 87 Hackford Road, one of Van Gogh’s earliest works. Its clean, geometric lines starkly contrasted everything I thought I knew about the artist. He drew it while holding down a successful job in England at age 20. In true Van Gogh style, an unrequited love affair led him to flee England. He never again found that level of financial success.

I can imagine in some alternate universe, Vincent won his suiter and lived happily ever after in the clean, geometric confines of London walking the paved road of normality. I wonder in my own life, what would have happened if my first love was different. Perhaps I would have settled down and never left Ohio. My world would have been so normal, but what of the flowers? We may never know.

Of note, 87 Hackford Road was returned to the Shaw family in 2005, which, again, dates me.

Painting is a faith, and it imposes the duty to disregard public opinion. 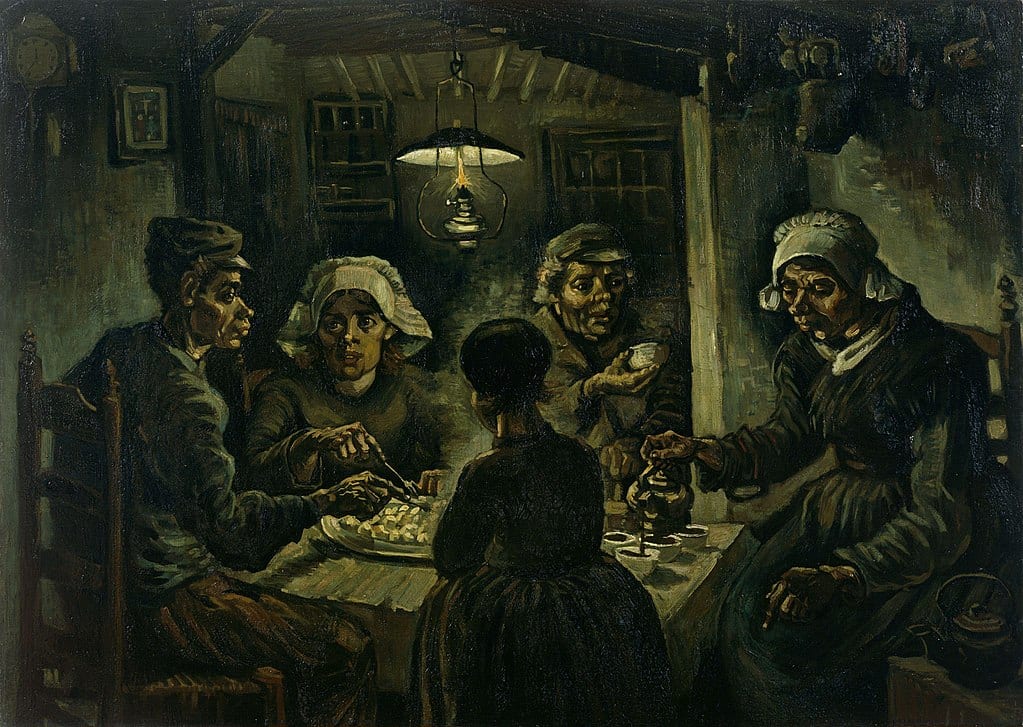 A 29-year-old Van Gogh matriculated under the patronage of his cousin-in-law Anton Mauve, who introduced him to oil painting. During that time, Van Gogh delved deeply into the peasant genre, including The Potato Eaters. He found purity and nobility in poverty and often employed prostitutes and destitute souls as models.

Perhaps Vincent loved prostitutes too much and spent a summer with gonorrhea. He also fell in love with Sein Hoornick, a pregnant prostitute. This tryst soured the bond between Mauve and Van Gogh. Even though Van Gogh left Sein, the only domestic partner he’ll ever have, he never regained the friendship or support of Mauve. I was beginning to question my intentions for this particular trip to Amsterdam.

Van Gogh’s works from this era were meticulous in shading and geometry. However, his complete disregard for commercial appeal kept him from finding financial success.

READ
Transformative Power of Not Traveling

I put my heart and my soul into my work, and have lost my mind in the process. 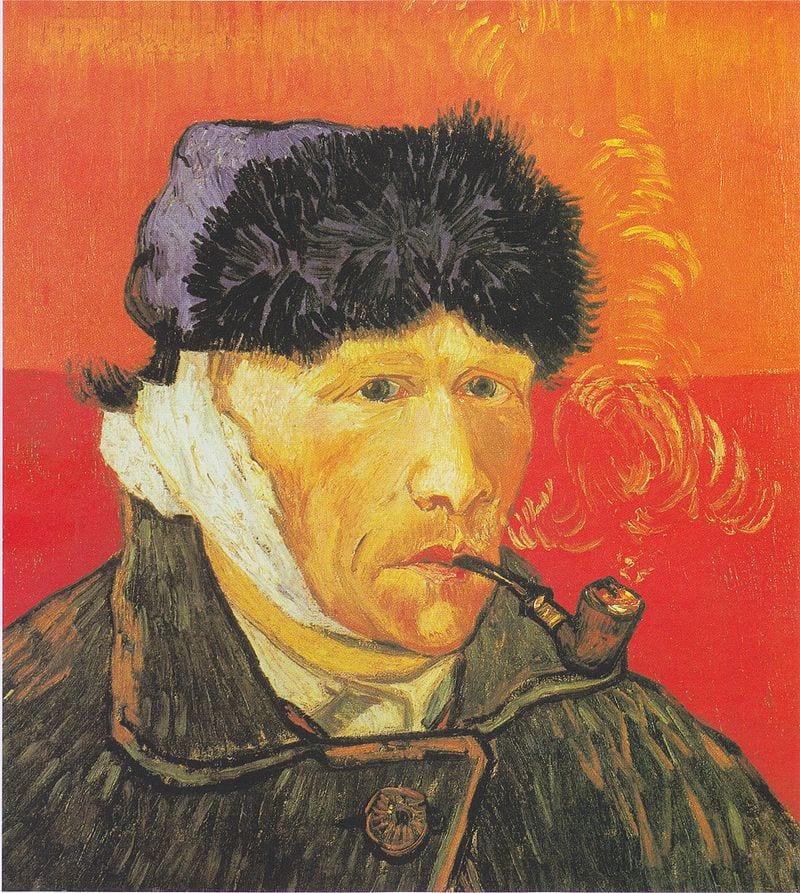 I walked through the exhibits, rather unimpressed with the earth tones and the dreary subject matter until a splash of color caught my eye. 33-year-old Vincent Van Gogh was now in Paris, studying neo-impressionism with Paul Gauguin. Neo-impressionists weren’t interested in copying the world like a photograph, but interpreting it with bold strokes of contrasting colors. Motifs like sunflowers and wheat fields filled the frames around me.

Through the works, I followed Van Gogh’s journey through Paris and into the Yellow House of Arles in the South of France. He found his people, particularly Gauguin. But, it wasn’t meant to last. Gauguin followed Van Gogh to the Yellow House in October, but he left by Christmas, which triggered Van Gogh’s famous ear incident. The mania resulted in a petition to have Van Gogh evicted, and by April, he took up residence in the Asylum Saint-Rémy.

I paused for a moment and took inventory of how I was defining myself through my work. Was I on the verge of losing my mind? What would my life be like alienating everyone around me? I stared into Van Gogh’s blue eyes peering out from behind his bandaged ear and wondered if people recognized that mania in my eyes.

For my part, I know nothing with any certainty, but the sight of the stars makes me dream. 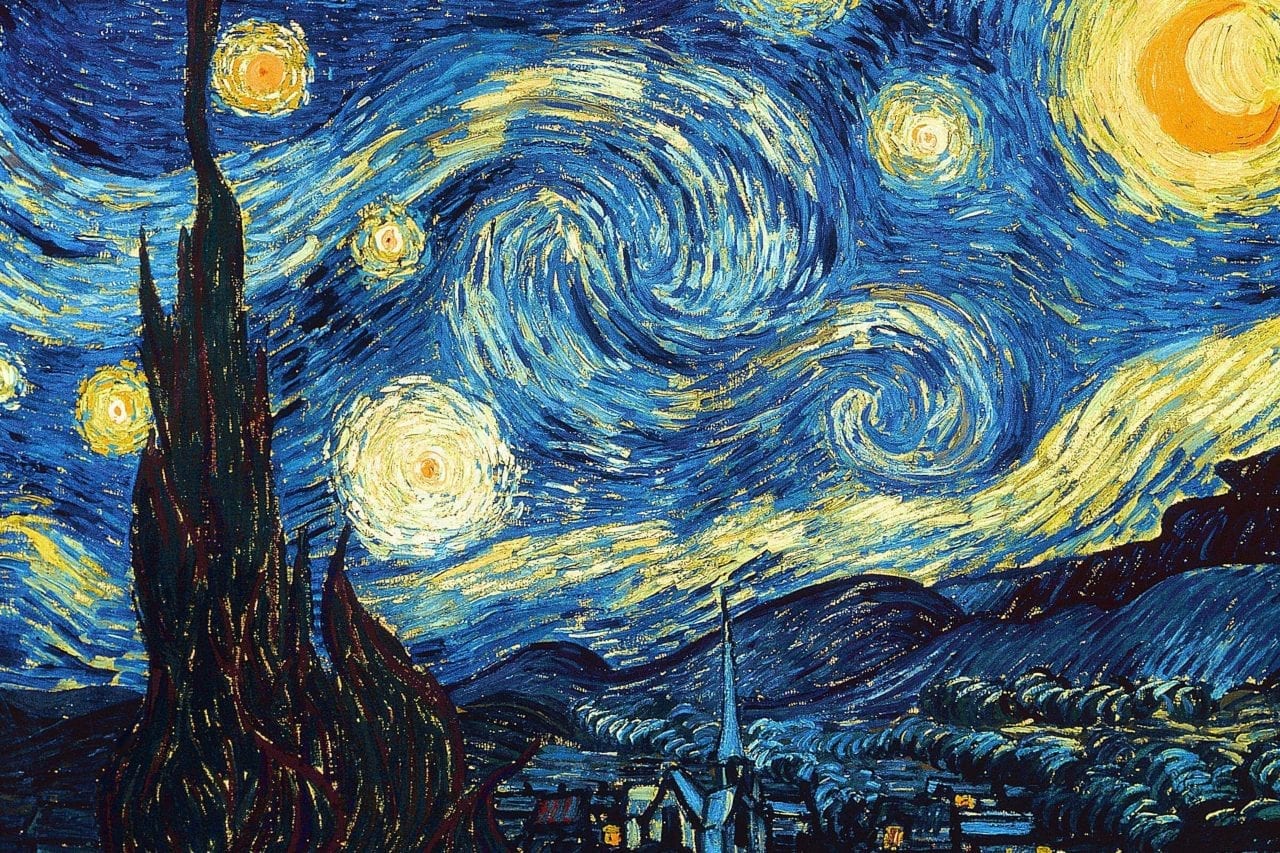 Van Gogh’s time in the asylum started with much hope and optimism. He was 36 and spent his life indirectly fighting insanity. Now, he was facing his specter head-on. He wrote to his brother Theo – “I well knew that one could break one’s arms and legs before, and that then afterwards that could get better but I didn’t know that one could break one’s brain and that afterwards that got better too.“

This was the story of my life with my ex. I was always looking for some way the insanity could end. Usually, even during the darkest fights, I felt a glimmer of hope. In that mania, the madness was at the surface, and maybe we could solve it. While I believe mental illness can be treated, I would recommend a different course of action when you find yourself in love with a narcissist. Run fast. Run far. And, when you’re safe, stay safe until you heal that part of yourself that chose that relationship in the first place.

When you find yourself in a trauma loop, notice how your attention narrows — practice horizon gazing to expand your perception beyond the narrow flight or flight. I recognized this coping technique in Van Gogh’s works from the asylum. His painting of cypress trees and wheat fields stretched out to the horizon. However, it was Starry Night that transcended the horizon and reached the infinite. That canvas brings you into the world of night, stars, and dreams.

The sadness will last forever.

Van Gogh did not conquer his demons at the asylum. He wrote, “I had contracted the other patients’ disease to such an extent that I could not be cured of my own” and “ I feel overwhelmed by boredom and grief.” He checked himself out and went to the north of France to be near his brother, Theo.

His mood, writing, and paintings vacillated between hope and despair. I was near the end of the exhibit, looking at one of his final paintings – Wheatfield With Crows. Gone were the stars dancing in the night sky. Even the horizon was obscured with crows in the foreground.

I paused for a long moment staring at the physical manifestation of the end. Where you can no longer see your dreams, and the crows literally and figuratively come home to roost. I wondered if my sadness would last forever and knew for certain the answers I was seeking didn’t lie in base pleasures. I left the Van Gogh Museum and let the energy of Queensday wash over me. I set my intentions to keep reaching past the horizons and into the dreams of a starry night. 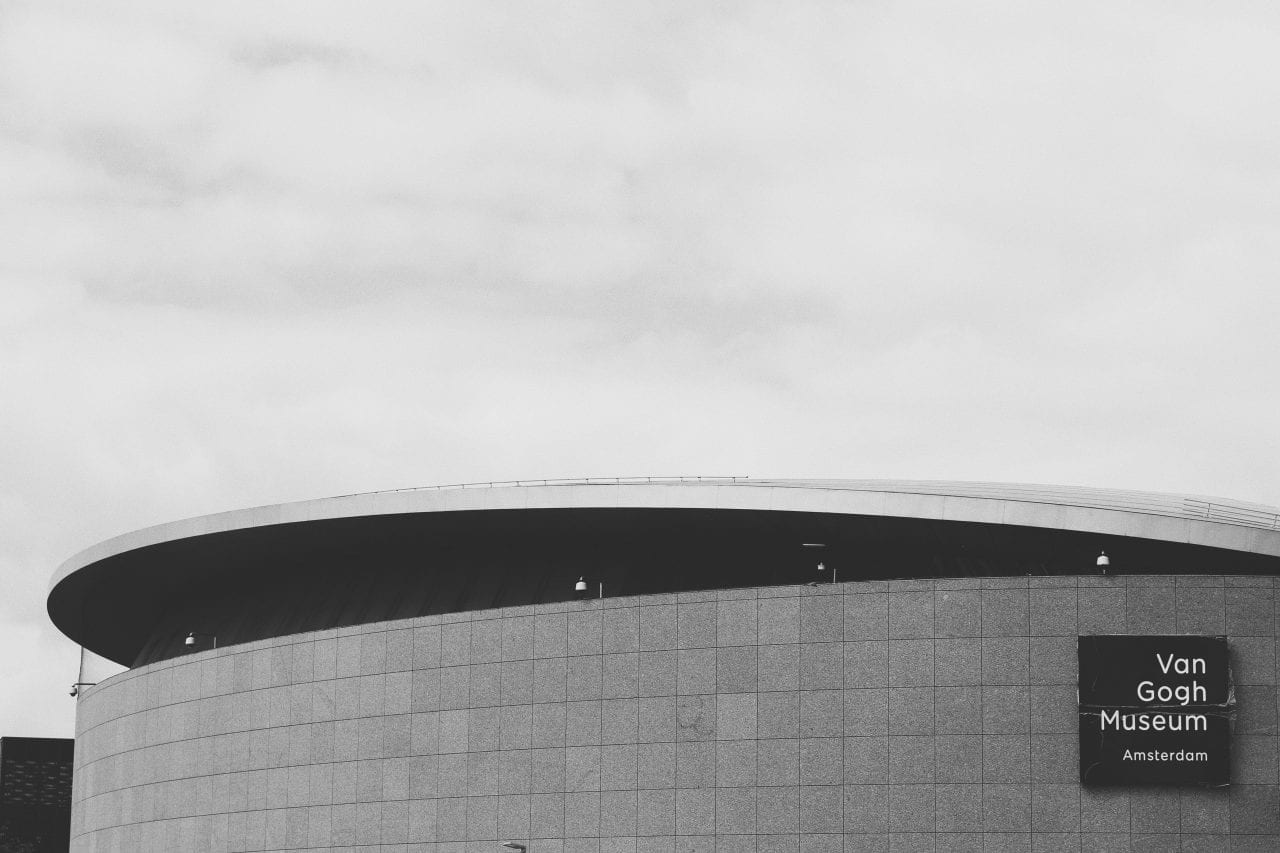 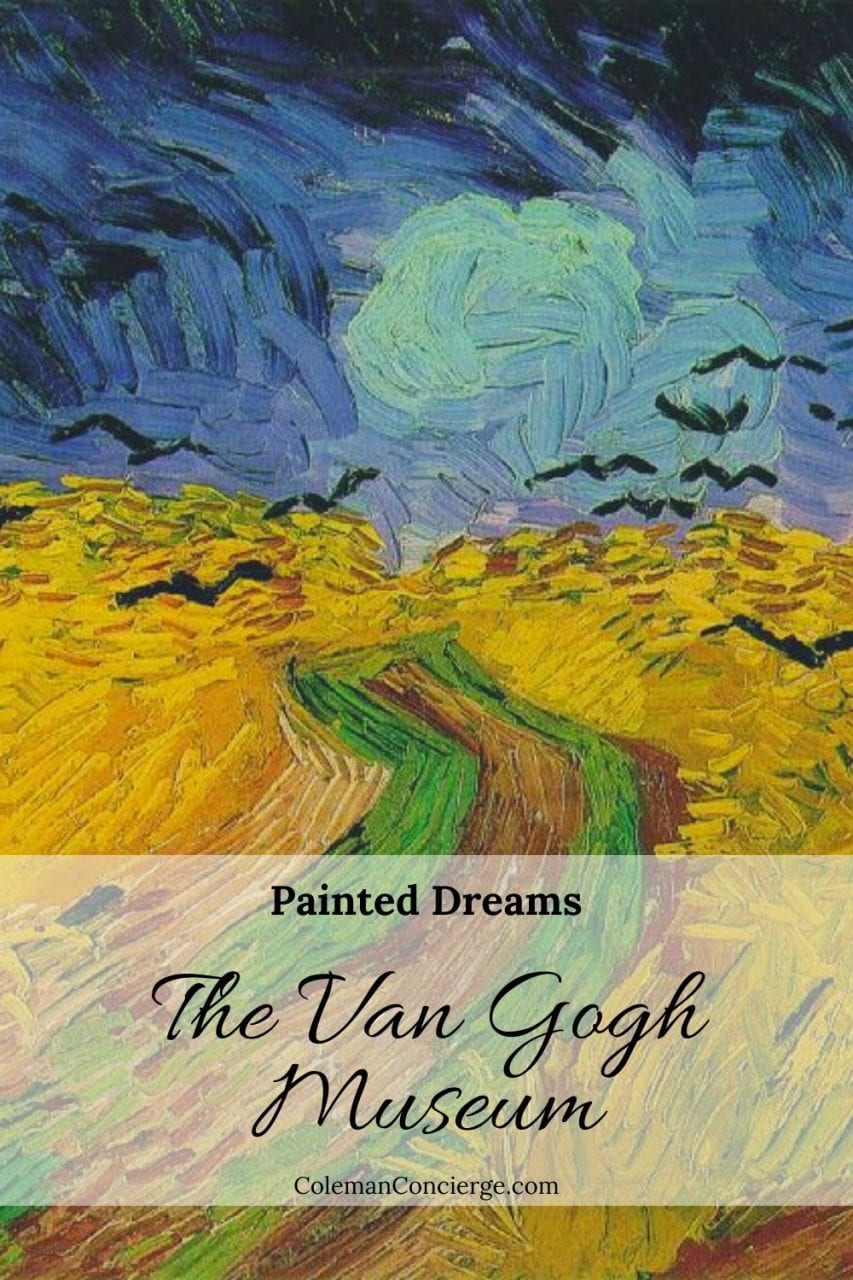 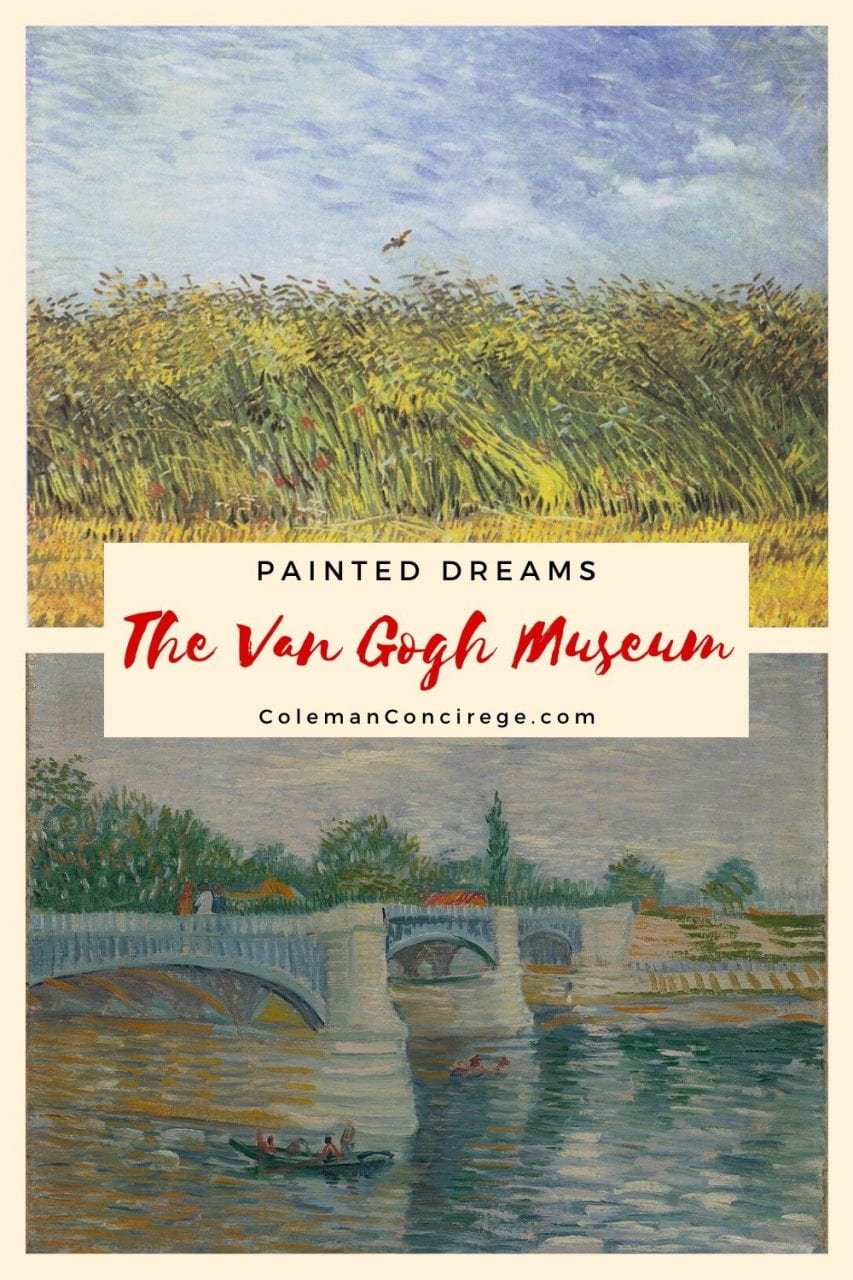 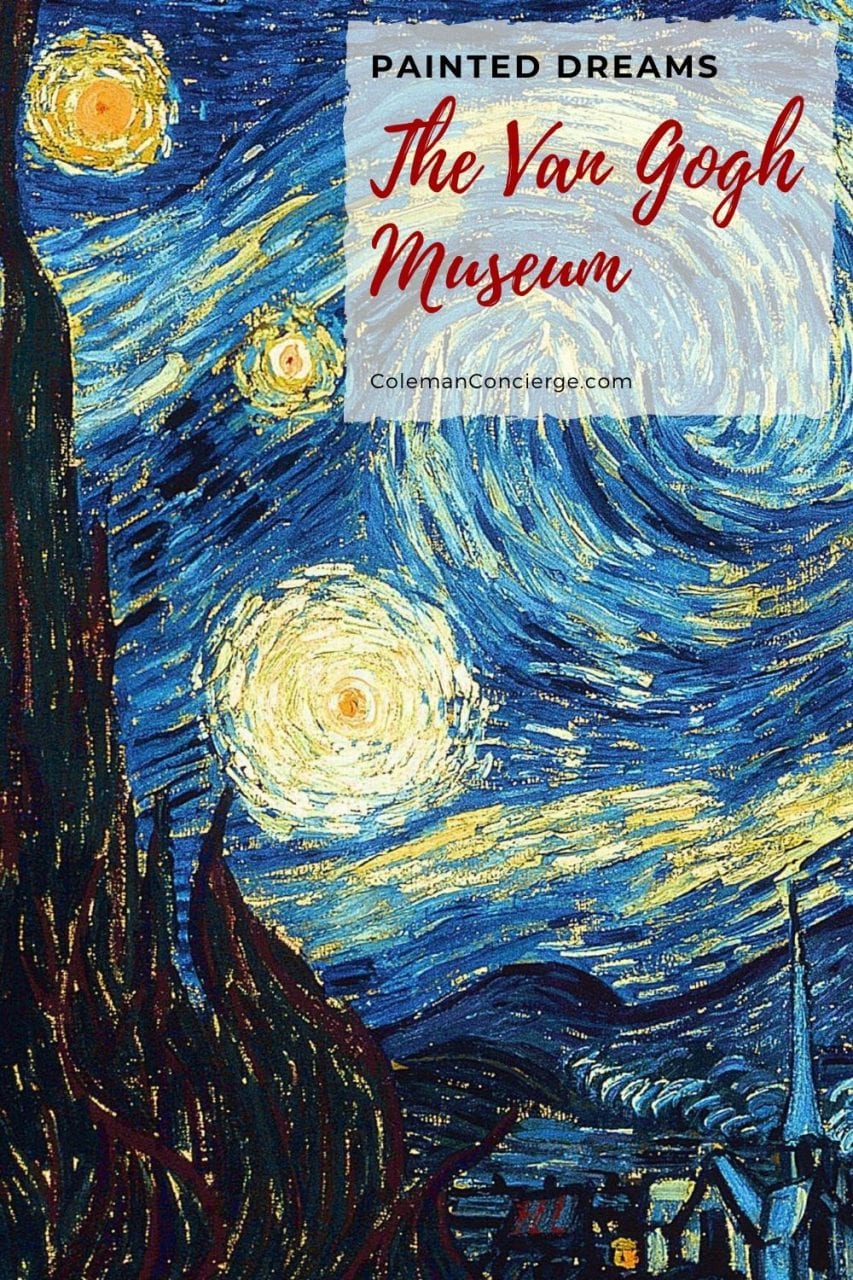 Join the Concierge Club for behind the scenes content, our latest posts, and more…

Do you surprises? Take a look at this beautiful su

We just got back from our first trip to St Augusti